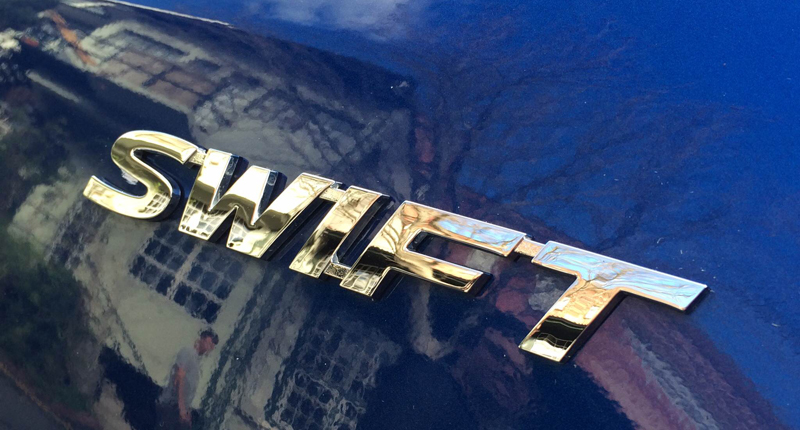 Anyone who’s ever had a conversation with me knows that I’ve been a fan of the Suzuki Swift for a few years now. From a purely aesthetic point of view, I’ve always, felt it’s far more of a natural successor to the original Mini than any of the behemoths Mini currently produces. The trouble is, I haven’t been able to justify that viewpoint beyond a general feeling based on observing the Swift navigate through the streets. Until now, that is. And after spending a week in the current model, I feel like I was absolutely right all along.

Okay, okay, it’s unlikely that the Swift will go down in history like the original Mini did, but it doesn’t feel like it would be too out of place driving through some Italian sewer tunnels in a convoluted plot to steal a load of gold. You’d probably have to fold the back seats down though.

So then, why has a small, Japanese hatchback that clearly owes a lot to other cars in its segment got me so enthusiastic? Truth be told, it’s a quality that’s hard to pin down, but which comes together pretty darn well when you consider the car as the sum of its parts. As we’ve already established, I’m a big fan of the way the Swift looks. Everything about it, from the mock-aggressive grill through to the gently sloping roof and cheeky rear end, says “I’m fun and getting from point A to point B will never be boring”.

It might not be the most aerodynamic-looking car on the planet, but there’s no doubting its cool factor. While people won’t even notice the average hatchback driving by, the Swift is the kind of car people slow down to look at when they see it on the street and, in the week I had it, I couldn’t find an angle that it looked bad from.

On the inside, things aren’t bad either. Obviously when you’re playing in the kind of segment that the Swift is, you’re never going to get the feeling that you’re in the lounge of a luxury drawing room, nor are you going to get the kind of lighting and extra dials you’d usually only see in the deepest recesses of a hardcore gamer’s imagination. Instead, everything is just where it should be. Yes there’s lots of plastic, but it’s put together well enough that you never feel like you’re driving a wheelie bin, as can be the case with some of its competitors. In the back meanwhile, that sloping roof hasn’t hurt the head room too badly, with a taller than average adult able to fit in comfortably.

About the only stylistic issues I had were with the rear windscreen, which doesn’t provide great visibility (although Suzuki has fitted the Swift with a pair of bigger-than-usual wing mirrors to compensate for this) and the boot, which is so small I actually burst out laughing when I opened it for the first time. As I explained to my girlfriend, a couple could take it on holiday, as long as absolutely none of their planned activities required any additional equipment whatsoever.

It’s only when you turn the key though (one element that Suzuki could seriously improve on) that the real fun starts.

From the moment I left the parking lot at work, every moment I spent in the Swift was a happy one (except that one time a taxi cut me off, but that can’t be helped). The steering is tight, the chunky tyres mean that you can pretty much chuck the swift around corners with impunity and not once did I feel like I was lacking in power.

To be fair, I didn’t get a chance to load it down with anything more challenging than a week’s groceries, but I get the feeling that even with a couple of people in the back and a boot full of luggage (a rucksack each then), you’d be better off than in some other hatchbacks with bigger engines. You won’t be paying through your nose for that performance either: I averaged just under 6l/100km in the Swift and that was mostly in peak traffic.

Of course, given the tagline of this site, it would be foolhardy to ignore the tech in the Swift. And to be brutally honest, there’s not much, apart from a stereo (with controls on the steering wheel), USB port and DC charging port.

On the other hand, this isn’t really the car you need all that much tech in. The kind of person buying Swift will mostly use it for short trips in and around town — the kind of trip where setting up wireless connectivity would probably take longer than the actual journey.

It’s also small and nimble enough that you’d have to be a catastrophically bad driver to need stuff like parking assist.

Think about it like this, you wouldn’t buy a supercomputer if all you’re going to be doing is sending emails and typing up the odd spreadsheet. But if you’re going looking for a machine that does the basics, you might as well get one that makes doing the basics fun.

That machine is the Suzuki Swift. 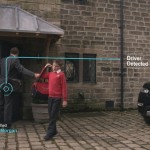