I don’t know about you, but most of my student years were spent trying to do as little as was humanly possible. Long blissful periods of procrastination were interrupted only by the inevitable brief outbursts of panicked productivity. Ask most of my peers and they’ll tell you that their experiences were broadly similar.

It’s therefore a little disconcerting to discover that some students actually put their student years to productive use and build amazing things. It’s even more disconcerting when you’re a motoring journalist who’s never had to change his own tyre and you see them building not just cars, but cars that push the limits of innovation and creativity.

That does not however mean I begrudge them their achievements. I mean, they can build a car, I can’t. I can put together a post-structural analysis of a seventeenth century devotional poem, they can’t. And that’s totally the same thing. That’s what tell myself at any rate.

Anyway, we’ve gathered together some of the most interesting and innovative cars ever put together by people you wouldn’t trust to walk down the street in a straight line most nights of the week. While most cars competing in the Caterham Cup run on petrol, a group of Dutch students decided that wouldn’t be good enough for them. Instead, their racer uses a hydrogen/electric powerplant fed by a 3kg tank.

The students claim that their car, based on the Lotus 7, is capable of going from 0 to 100km/h in under four seconds and should be able to hit a top speed of 210km/h once it’s race ready. Oh, and in case you still want to call them lazy, bear in mind that they also want to break Zandvoort and Nurburgring Nordschliefeâ€™s hydrogen lap records. It’s not all that unusual for students to build solar-powered cars. Indeed, university teams take part in a large number of solar car races around the world.

EVe is not like other solar cars though. Built by students at the University of New South Wales in Australia, eVe was originally created for the 2013 World Solar Challenge. Since then it’s broken the world record for the fastest average speed (around 100km/h) over 500 kilometers on a single battery charge. Those in the know will realise that’s better range than you’ll get out of a Tesla Model S.

One of the better recent examples we’ve seen of the latter is this open-roofed BMW pick-up from the Clemson University International Center for Automotive Research.

Based on the X3, this custom-job was actually built in conjunction with BMW and means you can transport awkwardly tall objects and children at the same time.

Okay, we’ll admit that the AlÃ©rion Supermileage probably isn’t every V8 loving petrol head’s idea of Nirvana, but the work put into it could go a long way to ensuring that they can still drive those explosive V8s for a good few years to come.

Built by a team from UniversitÃ© Laval in Quebec, this tear-drop shaped vehicle isn’t about new forms of energy or breaking speed records. Instead, it’s built for sheer economy. Oh and we’re not talking “will elicit impressed nods from your friends” economy either.

You see, the AlÃ©rion Supermileage won Shellâ€™s (RDSA) Eco-marathon Americas competition, with an efficiency of 2 824 miles per gallon (around 1 200km/l). Ah, it’s those crazy Dutch again. The IM01 is a collaboration between two universities in that country and it has some serious aspirations. The team behind this hybrid racer doesn’t just want to set some obscure technical record or make nice with one of the manufacturers. Nope, it wants to conquer Nordschliefeâ€™s mythical lap record, which has stood for nearly three decades.

Once they’ve done that, they also want to conquer Le Mans in 2017. And by that we don’t just mean it wants to win its class, it wants to win the overall race. You know, the one that Audi’s dominated for years now? 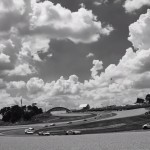