By Andy Walker
Read nextCheck out Navdy, the portable HUD with a sense of humour 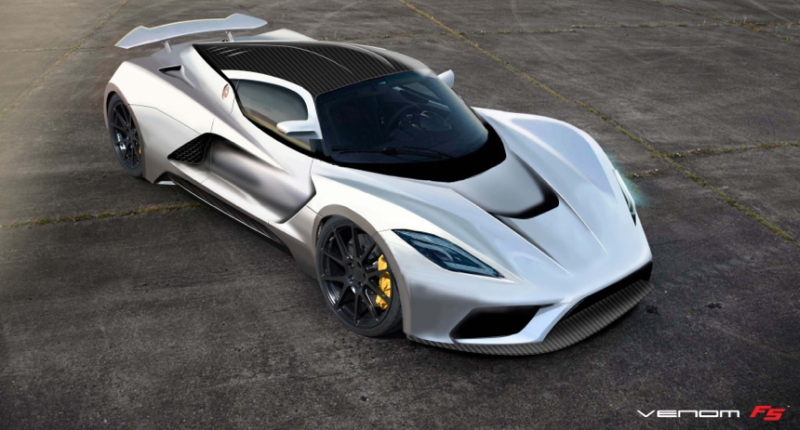 Hennessey’s cars are the Texan equivalent of Pagani, Bugatti and Koenigsegg wrapped in a carbon fibre hotdog, and as one can therefore imagine, the company is also three times as bonkers. Following up its record-breaking Venom GT is no menial feat, but Hennessey seems to have it all jotted down. The incoming “Venom F5” — named after a particularly destructive family of tornado — is touted to be the hottest car to lay rubber on civilian roads. How hot you ask? A sweltering 466km/h.

“Ridiculous” is a word that comes to mind. Just a few years ago, 400km/h was inconceivable but Bugatti broke the barrier with its 1000-horsepower, quad-turbocharged Veyron. It was a remarkable feat of engineering, using ten radiators to cool the copious cauldrons of oil and water swishing around. To better Bugatti’s Veyron is to push the limit of automotive engineering.

But Hennessey thinks that’s a futile effort. The last-generation Venom GT completed the quarter mile in under 10 seconds out of the box, while it set official world records for it’s 0-300km/h time (13.63 seconds). The F5 is set to be even more powerful, faster and more extravagant than any road car ever made, breaking the 270mph (435km/h) marker the Venom GT achieved.

The proposed twin-turbo V8 engine will be pushed beyond the 1400-horsepower mark, the company claims. And while the entire chassis will tip the scales below 1300kg, we could be looking at a Formula 1-level of power/weight ratios.

Hennessey, however, first needs to build it. The company plans to unveil the car in 2015 with production scheduled to include at least 30 units sold beyond the US$1.2-million threshold. So until then, while you begin saving, have a look at some glamour shots below. 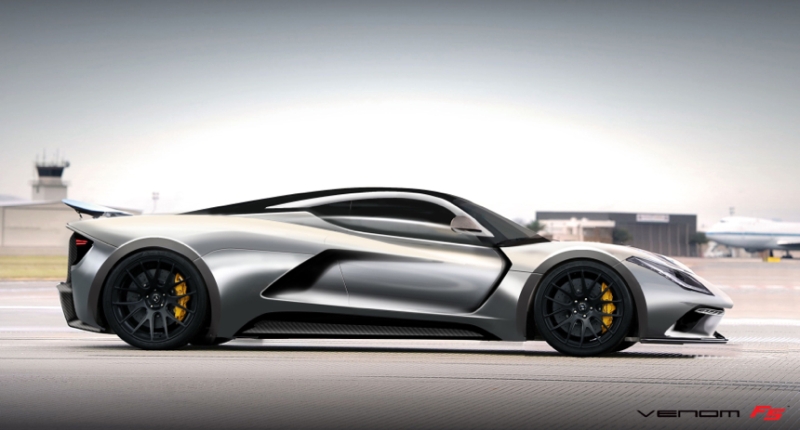 Hennessey is promising a twin-turbo V8 engine pushing out 1400-horsepower. 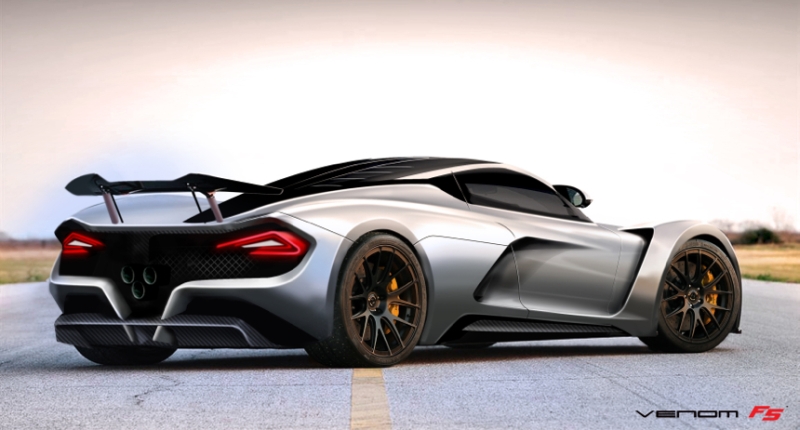 The rear looks much like that of its older Venom GT brother.

Carbon fibre and aluminium will be used extensively in the design. 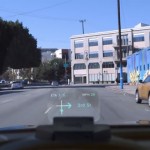 Check out Navdy, the portable HUD with a sense of humour
Accessories • 6 August 2014
Read More
More