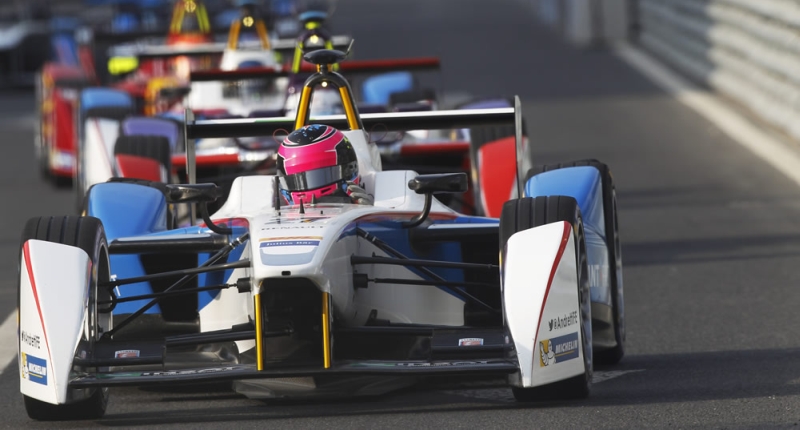 And it truly has been a weekend for the motorsport fan. We’re hard pressed to name our favourite moments from the smorgasbord of action, but included in the recap roadtrip are ventures in Australia (WRC and V8 Supercars), Germany (DTM), China (Formula E), Italy (MotoGP) and lastly, Great Britain (Goodwood Revival).

So without any more ado, buckle your seat belts and enjoy the journey. Here are some of the best moments you might have missed.

Living up to hype is not something many motorsport series do, but the FIA may have finally found the perfect formula (pardon the pun).

Nicolas Prost (son of the four-time Formula 1 Champion, Alan) was seemingly in control of the race until the final lap, when the charging Nick Heidfeld dove up the inside of the Frenchman into the final corner.

But, Nico being a Prost and all, closed the door at the last minute crashing into the German, sending him head-first into the barriers. And I mean head-first. Lucas di Grassi, not too distant in third, took full advantage of the incident, and was gifted the historic first Formula E win.

Overall, the series looks to be filled with incredible talent and surprisingly quick cars that produce competitive racing throughout the field. Add a pinch of drama and it’s nearly as good as Formula 1, but still not quite. Unfortunately, the next race is only in 67 days time.

2. Volkswagen walks away with the entire podium at Australian Rally

It was a good weekend for German motorsport, especially so for Volkswagen.

Frenchman Sebastian Ogier took his second win on the trot and sixth of the season, extending his lead in the World Rally Championship too — a title which he can retain at his home event next month. Joining him on the podium was teammate Jari-Matti Latvala and Norwegian Andreas Mikkelsen in third. It was the first podium-lockout for the German manufacturer.

Formula 1 rarely remains outside the limelight even during a weekend lull, but on the eve of the popular night-time Singapore GP, the FIA has declared that pit-to-car radio communication, detailing the conditions of the car or driver during the race, has been banned.

Not only will this move likely cause some pit lane tension and on-track drama, we could see even more penalties dished out by the stewards. Toto Wolff, Chief of Mercedes, isn’t exactly in favour of the move:

This is a complex and controversial decision which will require a significant effort from the teams to understand how best we can work around it. The directive is not yet fully clear and there will inevitably be some controversy, so it will need further clarification as to how much the essential on-track procedures will be affected -Â­ particularly before the start of the race.

We wonder how this will affect the Hamilton/Rosberg rivalry?

On paper, the Red Bull Holden of Jamie Whincup and Paul Dumbrell won by a whisker, but statistics don’t exactly tell the complete story. The two drivers dominated the race from lights to flag with plenty of spare pace left in the bank.

Being it V8 Supercars, the usual bumping and fender-bashing was enjoyed by the chasing pack, but perhaps less so by Lee Holdsworth, who had an enormous, barrier-bending shunt. Thankfully, he walked away from the incident unharmed.

Next on the calendar? The legendary Bathurst 1000.

Marc Marquez either runs away from the field like a scolded cat or crashes spectacularly while doing so, and this weekend saw the latter. Picking up the pieces was the home crowd hero Valentino Rossi, who won his first race since Assen 2013, and the 81st of his career.

The Doctor was joined on the podium by teammate Jorge Lorenzo and Dani Pedrosa in third.

6. DTM crowns youngest ever winner, Champion at the Lausitzring

Max Verstappen — the 16-year-old poised to make his Formula 1 debut next year — is a pretty big deal, but for now, he’s not the most impressive youngster on the motorsport circuit. The Goodwood Revival isn’t quite a motorsport event, per se, but it is a celebration of British racing’s illustrious and colourful history. The highlight of the weekend included the racer’s tribute, which this year was dedicated to Jackie Stewart. An honorary tour of the circuit included the 29 cars that Stewart raced and competed in in his career, and some were absolute beauties.

The legendary Matra MS80, the Tyrell 006, Lotus Climax 33 and the glorious Ferrari 250LM were on display, driven by some of racing’s elite, like John Surtees, Mark Webber and Stirling Moss. But, as a massive Formula 1 fan, it was great to see Stewart back in a car again.

Have a look at the full tribute below. 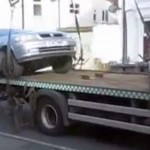