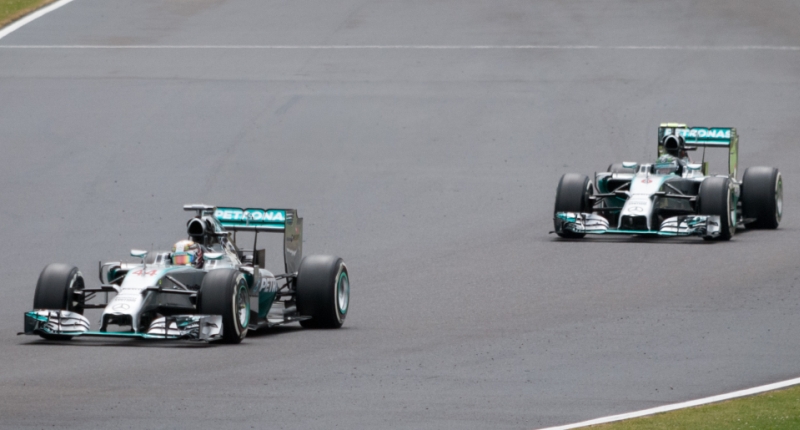 The weekend wasn’t quite filled with as many series as last weekend’s frenzy, but Formula 1 and the World Superbike Series were back in action. Alongside them, the Blancpain GT Series rolled into to Portimao, Portugal and a few major announcements were made just days before the first Formula E race ever. All in all, the sound of tyres squealing and engines revving still filled the air.

Here are some of the moments you might have missed.

1. Melandri trumps Guintoli, does the double at Jerez

Marco Melandri is a bit of an enigma. He can blitz the World Superbike field in one event, and self-destruct in the next. But around the blacktop of Jerez, he was seemingly unstoppable.

With Tom Sykes leading the Championship going into the third last round, Melandri’s teammate Sylvain Guintoli was vying to close the gap. Melandri, though had other ideas. The Italian passed his teammate for the lead in race one (taking out Loris Baz in the process), and then pretty much blitzed the field in the second.

Even though Sykes had a shocking first race, he nevertheless extended his Championship lead with two rounds to go. But Melandri (rumoured to be returning to MotoGP next season) showed his racecraft that he somehow lost a few seasons ago. Welcome back Marco.

For the first time in the best part of half a season, Lewis Hamilton pipped his teammate, Nico Rosberg, for pole at the Italian GP. The power circuit largely favoured the sprightly Mercedes engines, which led to a top six lockout consisting of the works team, Williams and McLaren.

For once, Hamilton didn’t ruin his quick lap, stick a wheel on the grass, have his car bite his head off, or suffer a penalty. It was a pure head to head bout against his teammate, which he and the crowd relished.

The provisional Formula 1 calendar was also released this weekend, featuring the return of the Mexican GP later in the year. China, Bahrain and Italy all keep their spots, while Russia also remains on the calendar amid growing political tensions. There’s still no sign of New Jersey, India, Portugal or Azerbaijan however, but the latter will likely feature in 2016.

There was also talk a few weeks ago of Bernie Ecclestone, Formula 1 supremo, stripping Monza’s Italian GP badge, but it looks likely that the circuit will remain on the calender for the foreseeable future.

4. Gift or Gaffe? Rosberg cracks under Hamilton pressure, Ferrari trip over own feet

We suppose that Nico felt bad for the melee that was the Belgian GP, so we weren’t too surprised to see him veer off through the escape road into turn one, handing a much quicker, more determined Hamilton the lead. But this is the conspirator’s view.

The German was clearly under pressure the entire race, and never quite looked comfortable even after gaining the lead from Hamilton from the start. Kevin Magnussen in the McLaren was up to second after the first corner, followed by Felipe Massa‘s Williams. Hamilton, dropping down to fourth, suffered from ERS system issues in the race’s infancy, but it was swiftly rectified out from the garage.

With cars only completing one pit stop each thanks to the circuit’s lesser tyre demands, Hamilton hoped to jump Rosberg in the stops, but inevitably came out behind him. It would be a race on the track, which probably led to most Mercedes’ personnel to cover their eyes and cross their toes.

But the audience was largely denied another rough and tumble when Rosberg braked too late into turn one, handing a chasing Hamilton an easy lead. It would remain this way until the chequered flag.

Meanwhile, at its home race, Ferrari was a shadow of its former self. Alonso retired with engine issues (the first time since 2010) while Raikkonen finished a forgettable 10th place (later promoted to 9th after Magnussen’s penalty). But that didn’t quite stop the Italian crowd from cheering former Ferrari son Massa, who joined Hamilton and boo-boy Rosberg on the podium.

5. Maximilians in a Mercedes SLS AMG reign supreme in Portimao

Portimao is a serious track, with ridiculous undulation and brilliantly fast corners. It’s a joy to watch MotoGP and World Superbikes around the twisty track, but even more so GT cars.

The Blancpain GT Series (what was once the flagship FIA GT Series) saw the likes of BMW, Lamborghini, Porsche and Mercedes, among others, compete for a Sprint victory over two hours with a mandatory driver change. With three rounds to go, this race was rather important for the likes of current points leader Maximilian Buhk (last year’s Blancpain GT Endurance Champion) and his compatriot (in more than just first name) Maximilian GÃ¶tz.

The two in the HTP Motorsport Mercedes SLS AMG took the victory ahead of the GRT Grasser Racing Team Lamborghini and the Belgian Audi Club Team WRT.

The Championship moves on to the Nurburgring in ten days time, with the third Endurance race of the season taking place. The Maximilian duo will be hoping to continue their winning ways around the tight and unpredictable German track.

We’re just four days away from Formula E’s highly anticipated debut, and for the first time the world spied a glimpse of the Beijing street circuit layout that will host the inaugural event.

For those hoping for a fast, sweeping and challenging track, you’d be a tad disappointed. Laced with 90-degree corners, short straights and the sight of the hideous Bird’s Nest stadium in the background, it’s not a classic by any means. Regardless, it should offer quite a challenge to drivers and engineers, at least, we hope so. 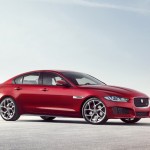