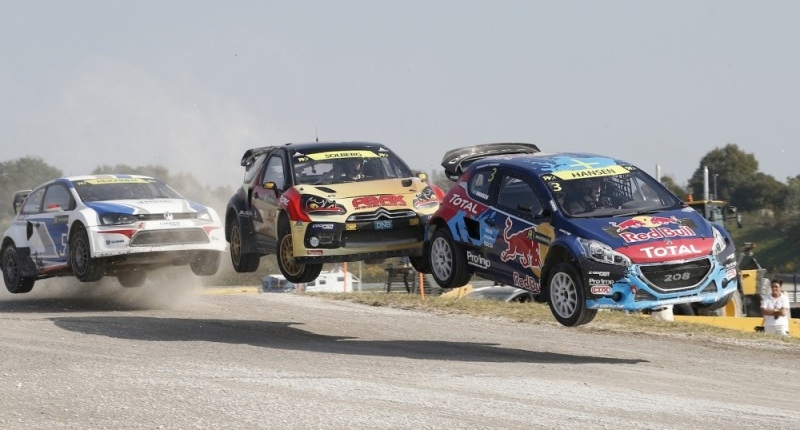 And while most of the Northern Hemisphere’s summer series draw to a close, the battles for Championships and top honours are only intensifying. In this week’s roundup, we travel to the famed Dover International Speedway, also known as the Monster Mile, where NASCAR Sprint Cup drivers aimed to book their place in the final Chase.

Across the Atlantic, MotoGP was in action this weekend at a wet and slippery Aragon in Spain, the DTM cars were pounding around Zandvoort and the FIA Rallycross Championship crowned it’s brand new Champion in Italy. Lastly, we bring it home with the Bridgestone Production Car Championship‘s penultimate round at Cape Town’s Killarney circuit, a series that will go down to the wire in a fortnight.

So without any more ado, here are some of the moments you might have missed.

Aragon is a scary circuit for a motorbike rider, and even more so in changeable conditions. But tippy-toeing around the undulating tarmac ribbon on a 250-horsepower machine? That takes fear to an entirely new level (not like these guys give any hints of terrors though).

At the sport’s 800th Premier Class event this weekend, MotoGP saw a ridiculous number of crashes and from the likes of its greatest ever riders. First to fall off from the lead group was last-time-out winner Valentino Rossi, who suffered a concussion after a massive shunt. Dani Pedrosa soon joined him on the ground, followed by pole-sitter and current points leader Marc Marquez, who crashed for the second weekend in a row.

Former Champion Jorge Lorenzo held his nerve to claim his thoroughly deserved first win of the season. And he was chuffed.

The NASCAR Sprint Cup season is entering its manic elimination phase which will see the best of the best driver duke it out in November in Miami. But this weekend, the Monster Mile was the venue for the final Challenger round. As it’s name would suggest, the circuit is usually known for causing some massive crashes, but unlike previous races at the iconic oval, there were barely any wrecks or cautions (much to NASCAR fans’ annoyance).

One driver who wasn’t so lucky though was Kevin Harvick, who suffered a blowout while leading the event. How unlucky is that?

After 400 laps Jeff Gordon was crowned eventual winner, taking his first victory in Delaware since 2001. Kansas is up next in the first of three Contender Round events.

The world knew Petter Solberg could drive sideways very quickly, but he has yesterday confirmed it by taking the FIA Rallycross Championship crown, becoming the first driver to take two cross-disciplined FIA-sanctioned Championships in history (WRC and now RallyX). But it wasn’t easy by any stretch of the imagination. His Citroen DS3’s suspension failed halfway through the final heat, which meant he had to practically limp home. Luckily, the heat was marred by a high attrition rate. It was enough though, as he now takes an unassailable lead into the final two rounds of the series.

Not forgetting the victor of the event though, Timmy Hansen, who was virtually unstoppable in the final event (the only man to not suffer any car drama), kept his calm while everyone around him was loosing theirs.

4. Audi finally wins a DTM race thanks to Mattias Ekstrom

One cannot underestimate the dismal season Audi has had in DTM this year. Incredibly, Mattias Ekstrom took the marque’s first win in the series this season, ending a run of nearly 15 months without a win.

Around the famed circuit of Zandvoort — a name that instils fear into the hearts of motorsport fans — the Audi driver held his nerve after a multitude of safety car periods, to win the race from 8th place. It wasn’t going all his own way though, as he had to pass newly-crowned Champion Marco Wittmann for the lead. Not an easy task. Speaking of Audi, the penultimate event of the Bridgestone Production Car Championship saw S4 Quattro driver and reigning Champion Michael Stephen take another victory around Killarney, with just one round left in the season.

Although BMW M driver Johan Fourie — current points leader — won the sprint race, he now remains a mere 11 points ahead of Stephen going into the final round of the season at Zwartkops. If Stephen clinches the title in a fortnight’s time, it will be his fifth Championship in a row. And now, we look ahead to next weekend’s motorsport action.

By now, we’ve all heard the name Max Verstappen echoing around the Formula 1 paddock, but now the teenager is set to make his official debut this coming weekend in Japan. Suzuka, for one, is possibly the most demanding circuit on the calendar to make a first appearance, but Toro Rosso isn’t exactly making it easy for Max. And with Red Bull driver development head, Helmut Marko‘s recent remarks comparing Verstappen to the legendary Ayrton Senna, he’ll be feeling the pressure come Friday. 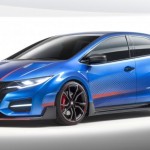