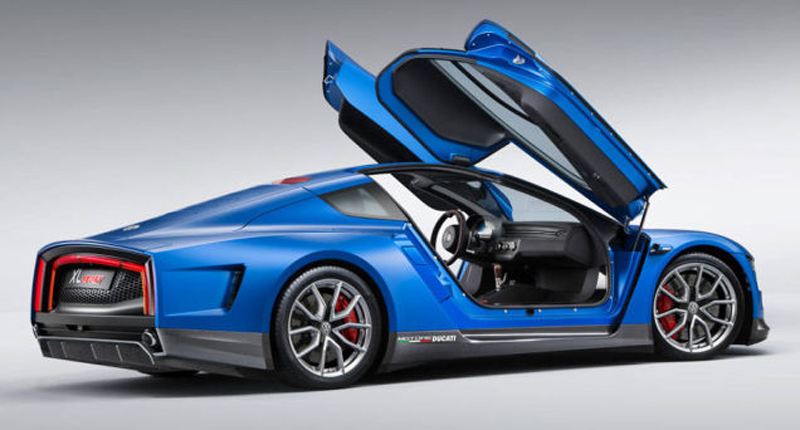 The VW XL1 is a modern marvel when it comes aerodynamic design efficiency, but it’s not exactly what you’d call sporty. So what if you want something with the same futuristic looks and a little more oomph? Well then, Volkswagen would like you to meet the XL Sport.

Featuring an engine ripped out of Ducatti superbike, the XL Sport certainly looks like the car it’s based on, but with a top speed of 270km/h, you’d have a hard time believing it was from the same family.

Like the XL1, which will only have a run of 200 cars, the Ducati 1199 Superleggera engine that powers the XL Sport is a limited edition, with only 500 units set to go into production.

The motorbike it’s fitted to apparently has the best power-to-weight ratio of any production motorcycle in history. By fitting it’s engine into an XL1, the XL Sport reportedly achieves something similar. In this case it is the ratio between weight (890 kg), power (147 kW / 200 PS) and aerodynamics (cd x A = 0.44 m2) that currently makes this concept car the fastest 200 PS car in the world. No other sports car, says Volkswagen, has ever reached a top speed of 270 km/h with 200 PS.

Add in a racing chasis and the fact that this car is capable of accelerating from 0â€“100 km/h in 5.7 seconds suddenly seems a lot more believable.

Inside, the XL Sport remains pretty faithful to the XL 1 although it does include a digital instrument cluster specially designed for motor sports, with an individual lap time and oil pressure display, a flat carbon part that extends the top of the instrument cluster covering to completely eliminate reflections, and aluminium paddles attached to the steering wheel for gear changes. 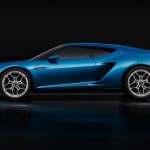