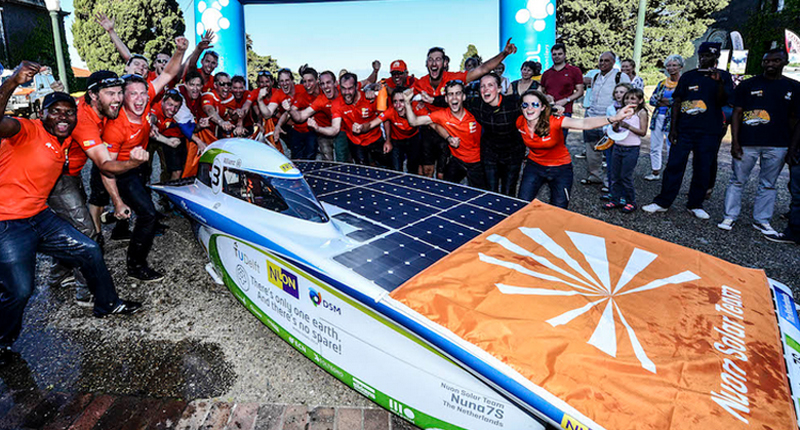 The Sasol Solar Challenge concluded at the end of last week with the Dutch team Nuon Solar from Delft University cruising into Cape Town, South Africa all the way from Pretoria, claiming first prize. Powered by nothing but the African sun, the 8-day competition saw ten teams travel across the country in a race that’s geared for distance rather than pure speed.

While Nuon Solar managed to cover an impressive 4227.8km, Anadolu Solar Team from Turkey drove in as runner up with 2733.1km covered. South Africa’s Team UKZN won the award for most distance covered in a single day, totaling 2418.3km. North West University’s team came in fourth with the University of Johannesburg team claiming fifth prize and given the Technology and Innovation Award.

Wrenelle Stander, Sasol Senior Vice President: Public and Regulatory Affairs, notes the primary objective of the challenge was for R&D purposes and to promote science and technology in renewable energy and clean mobility:

We believe it is important for South Africa to be part of developing future technologies to benefit the world over. While the purpose of the event is to promote research into sustainable transport and showcase technologies â€“ our underlying goal is to use the event to spark the interest of young people and particularly school learners in key educational subjects.

Brian Andrew, General Manager for RS Components said, â€œWe have come a long way with the UJ team and it has been an inspirational journey.” He then concludes that “RS Components is a firm believer in the investment towards R&D and alternative energy which is why it brings us great joy to witness UJ producing such great results.” There was also an education element incorporated in the programme as well which saw the teams rock-up at 200 schools along the route where they gave learners kits and materials so they can create their own solar vehicles. 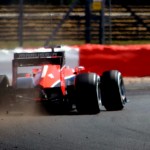