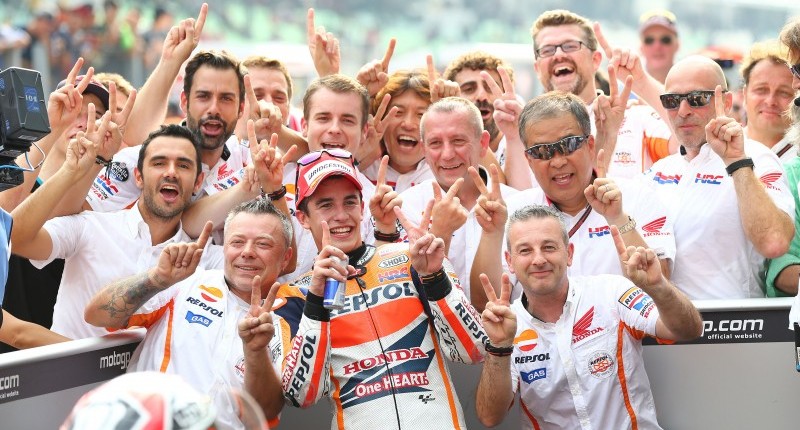 Right. Here we go again. Another weekend has passed by like Marc Marquez on his hot lap, or Jari-Matti Latvala on a special stage.

It’s unfortunate that the weekend couldn’t be four days long instead of three, because there are just not enough hours in a day to soak up all the motorsport action taking place on this planet. And this weekend, there was plenty.

WRC and the World Touring Car Championship (WTCC) crowned new champions this weekend, with MotoGP witnessing something of a record bonanza.

Australia however, witnessed its first V8 Supercars event since the heroics of last fortnight’s Bathurst 1000, and Formula 1 was hit with yet another crisis, this time plunging the future of two teams into certain uncertainty.

We all knew after Marquez’s first season in the premier motorcycle class that he was special, just how special though was a question many have pondered. But after claiming pole in the Malaysian GP with a track lap record, the little Spaniard claimed his 13th pole position in the season — a new record that smashes both Casey Stoner‘s and Mick Doohan‘s achievements.

Marquez has already claimed the Championship, but it seems that this just isn’t enough for the Honda rider, who has made his teammate and former 250cc Champion, Dani Pedrosa, look decidedly ordinary this season.

2. Marc Marquez equals another record — most wins in a MotoGP season

What record hasn’t this kid broken this season? After doing a better version Sebastian Vettel, winning 11 races in a row earlier in the season, Marc Marquez has taken the Malaysian GP win and equaling the record for most wins in a season set by — yep, you guessed it — Mick Doohan.

Incredibly, with Valencia still to come, Marquez could very well re-write the history books once again.

The actual grand prix win wasn’t all that easy for Marquez, with spirited fights from Yamaha’s Valentino Rossi — in search of his first back-to-back GP win since 2009 — and Jorge Lorenzo. The two Yamaha riders finished second and third respectively while Dani Pedrosa lost his Honda’s front-end just a few laps into the race.

The pain of Bathurst must still be a pang in Whincup’s heart, after the five-time V8 Supercars champion saw his hopes dashed in the final corners of the race two weeks ago. The promise of the Gold Coast 600 event and another V8 Supercars crown however, laid at his feet.

With New Zealand’s Shane van Ginsbergen taking the first race win with Whincup in a comfortable second, the Australian master took race two alongside Paul Dumbrell in an anarchic race. Although the pairing take the Endurance Cup sub-championship, it’s the sixth overall Drivers’ Championship crown that Whincup will be looking for. The FIA-sanctioned WTCC was incarnated in 1995, but incredibly no driver outside of Europe has ever won the title, until now.

Following in the footsteps of Juan Manuel Fangio — Argentina’s greatest ever driver — Pechito LÃ³pez became the new WTCC champion around the Japanese ribbon of Suzuka. Did anyone expect this at the start of the season? Nope.

With greats like Yvan Muller and WRC-convert Sebastian Loeb in the fray, Lopez wasn’t exactly the gambling man’s first pick, but solid performances throughout the Championship has given Argentina yet another crown. And in Japan he proved his mettle once again with a solid victory in race one.

And Marquez isn’t the only one smashing records — his win at Suzuka was his 9th of the season, which equals Yvan Muller’s record set in 2009.

In the Championship’s only dual-surface event, Sebastian Ogier kept his head when everyone seemed to lose theirs and claimed his second World Rally Championship crown on the trot. The Frenchman went into Sunday’s Rally de Espana special stage with a comfortable lead over his teammate Jari-Matti Latvala who absolutely caned the twisty stage, clocking fastest time by some margin. It was not enough however, to extend the Championship hunt to the final round in Great Britain.

How easy was it all? Not very, according to the 23-time Rally winner:

I had some difficult moments this season. I was a bit weak mentally, I was too much disturbed by the future of the sport, and my motivation really went down,â€ he said. â€œWhen this happens, you are not performing at 100 per cent any more. Even if some people say it looks easy, it is never easy. If there is a small moment of distraction and you donâ€™t fight as normal, then things start to go in the wrong direction.

Luckily, Rally de Espana was smooth sailing for the Frenchman.

6. F1 in crisis: US GP grid slashed to 18 cars after Caterham and Marussia go into administration The motorsport community has always believed that Formula 1 was a boulder teetering on the precipice of failure, but somehow the sport always seemed to claw its way back.

With Caterham’s latest announcement, the team has pulled out of the US GP at Austin this coming weekend, citing issues with the buyers of the team and the staff. It’s an immensely confusing situation.

Marussia has also declared that it has gone into administration after running just one car at the Russian GP, after Jules Bianchi’s incident now three weeks ago.

While there are talks of introducing third cars to the fray in 2015 with a new team slated too, and with costs ever increasing in the world’s most technologically advanced motorsport, things are not looking well for Formula 1 at present. Dale Earnhardt, Jr. completed a memorable and unexpected win at Martinsville Speedway on Sunday when he beat the likes of Jeff Gordon, tangled-duo Kevin Harvick and Matt Kenseth, and Joey Logano to hang on to his fourth win of the season. It’s probably the most special of his career too.

The oldest track on the Sprint Cup circuit presented drivers with some of the oldest tricks in the book, with 15 cautions eating up over a fifth of the race distance, and more bodywork splayed across the tarmac than tarmac itself.

In the midst of the Chase as well, Kenseth, Keselowski, Edwards and Hamlin all have a massive mountain to climb after they failed to break the top five positions in the field.

But the day ultimately belonged to Earnhardt, Jr., who, upon taking the grandfather clock home, had this to say:

Oh, man, weâ€™ve been trying to win here for so many years. And this place is so special to me. Iâ€™ve wanted to win here so bad. We brought the good cars. Iâ€™m out of breath from celebrating more than driving. Itâ€™s a real emotional win. 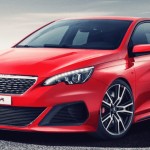