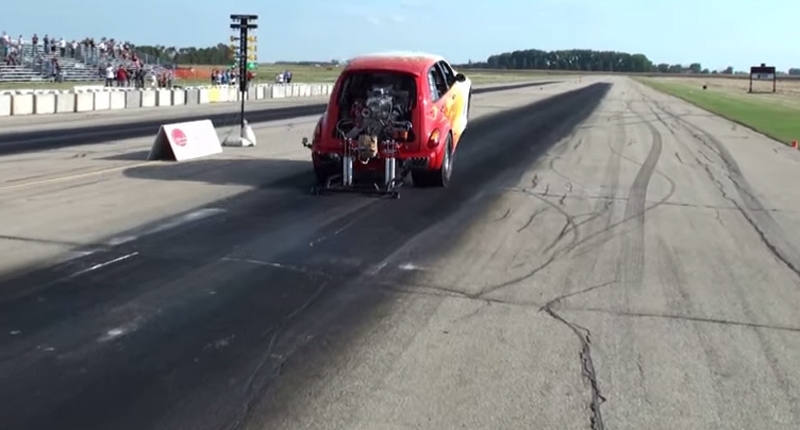 Humans have a strange tendency to attempt to outdo each other. Being â€œthe bestâ€ at something â€“ no matter how downright random that something is â€“ has become rather important to many people.

And those standing on the sidelines? Well, we pretty much all enjoy a good world record, right? A glance at the sheer mountain of achievements in the Guinness World Records â€“ which, rather fittingly, itself holds the record for being the best-selling copyrighted book of all time â€“ demonstrates as much.

So, we decided to take a wander through the annals and pick out the most intriguing automotive-themed records of the past few years. As bizarre as some of them may be, theyâ€™re still curiously impressive.

Oh, this would be a pertinent time to slot in a â€œdonâ€™t try these at home, kidsâ€ disclaimerâ€¦

Imagine piloting a beastly Porsche GT2 at 299.53km/h. And now imagine doing it without the benefit of sight. Yes, a blindfolded Mike Newman pulled off this remarkable stunt at the Bruntingthorpe Proving Ground in Leicestershire in the United Kingdom back in September 2013. Weâ€™re guessing there werenâ€™t many cornersâ€¦

2. Fastest time to push a car 50m with a spear to the throat

Yes, you read the title correctly. A spear to the throat. Sebastian Kopke of Germany is the madman who set the record, taking just 40.14 seconds to push the vehicle the full 50 metres in June 2013. Must have been a lightweight car, right? Wrong. The vehicle used tipped the scales at a lardy 2100kg. Oh, and it also contained a driver.

Itâ€™s June, 2012. Professional golfer Jake Shepherd tees off at the Dunsfold Aerodrome in Surrey in the UK. The ball hits a speed of 286.46km/h just as former Formula One driver David Coulthard crunches the loud pedal in a 425kW Mercedes-Benz SLS AMG Roadster. A few seconds later and some 275 metres down the runway, the golf ball lands neatly in the Mercâ€™s posh cockpit. Mission accomplished.

4. Most people aboard a car driven on two wheels

If we were to attempt such a record, weâ€™d probably opt for a pretty spacious car. But Stephane Riesen from Switzerland decided to make things even more challenging for himself by selecting a MINI back in June 2013 in Geneva. But at least he handpicked 12 slender female passengers rather than a dozen burly blokes to squash into the cramped little hatchback. In the end, he achieved the record, which stands at 13 people (including himself as the driver). The accompanying video shows an earlier attempt with eight passengers on board.

5. Longest wheelie by a car

Popping a wheelie for a full 763.4 metres would be a tough task no matter the chosen vehicle. But Mike Kunz of Canada did it in a Chrysler PT Cruiser, of all things. Granted, the vehicle was heavily customised â€“ also featuring a floorboard cut-out to allow a proper view of the track â€“ but the distance achieved in Ontario in August 2012 is still mighty impressive. Little wonder then, that Mikeâ€™s nickname is â€œNitroâ€.

6. Farthest distance pushing a car in 24 hours by an individual

To celebrate his 50th birthday in May 2013, Joey Motsay resolved to push a car for an entire 24 hours (um, as one does). In the end, the American managed to shove the 1000kg Fiat 500 an inspiring total distance of 80.47km around a pre-measured car-park course. And in the process, Motsay raised a sizeable wad of cash for a North Carolina non-profit organisation that develops affordable housing for adults with disabilities. Double win!

7. Most consecutive doughnuts in a car

No, weâ€™re not talking about how many jam-filled buns the local cops can wolf down while plonked in their patrol cars. In this instance, weâ€™re referring to the tyre-smoking variety. And Jamie Morrow holds the record here, having completed an amazing 280 consecutive doughnuts in a Westfield Sport 1600 at Silverstone in the UK in September 2011. The feat took just over 17 minutes, no doubt leaving Morrow feeling more than just a little dizzy.

Riding a Honda 125 XL motorcycle non-stop for 213km canâ€™t be the most comfortable way to travel. But, back in February 2001, Manrique Saenz Cruz did it without touching the road or the handlebarsâ€¦ for three hours, 28 minutes and seven seconds. He completed the feat on a premeasured 6.46km circuit around the city of Girardot in Colombia, putting in some 33 laps. Apparently, Manrique trained for three to four hours a day for an entire year in preparation.

You may have heard of former pro-skater Rob Dyrdek. Yes, the MTV star has all sorts of records to his name, one of them involving a humble Chevrolet Sonic. In February 2014 in California, the American ramped the little hatchback some 27.2 metres in reverse, successfully landing the car and driving away from the daring stunt. Just another day at the office, thenâ€¦

10. Longest motorcycle ride through a tunnel of fire

South Africaâ€™s roads are pretty dangerous for motorcyclists, but at least the typical biker seldom encounters a pesky tunnel of fire. Enrico Schoeman and Andre de Kock (the latter in a sidecar), however, didnâ€™t seem too perturbed after emerging unscathed from the 120-metre fiery passageway set up as part of the Rhino Rally in Parys in the Free State in September 2014. Job done, boys! 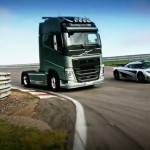