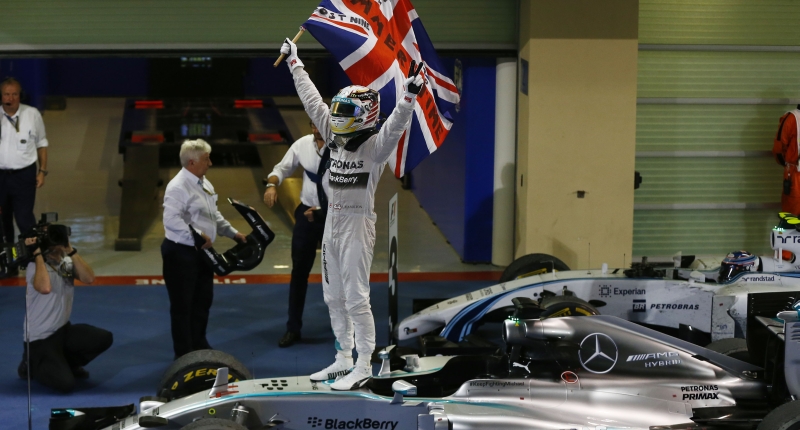 This weekend saw the most riveting inter-team batter for quite some time conclude under Abu Dhabi‘s spectacular lights and glamour.

Elsewhere in the realm of Formula 1, drivers and teams are moving and shaking, signing contracts for next year and swapping engines for the second year of hybrid turbos.

And while the Middle East played host to the Formula 1 Championship decider, Formula E got its second run out after the season opener in Beijing two months ago, in the Malaysian city of Putrajaya. The second Formula E Grand Prix (I’m not calling it an ePrix, no) began in a very hot and muggy Putrajaya, Malaysia over the weekend with what’s probably the shortest formation lap in history.

Thanks to the driver’s cunning need to conserve energy, the formation lap would’ve been so long and tedious than fans would fall asleep.

As a result, drivers essentially lined up on the dummy grid, moved about four positions up from their original grid positions (about 5o metres), and then waited around 30 seconds for the lights to shift.

Backed by that ridiculous techno music we’ve all grown to hate, the race got off to an even stranger start, with cars locking up and veering off left, right and centre into walls, other cars and fresh air. All this seemed strangely evidence of a lack of tyre and brake temperature.

Perhaps it’s because there was no formation lap, FIA?

Although it’s one of the most exciting new motorsport series developed in recent years, Formula E still has a long way to go before it catches up with Formula 1’s complexity and class.

A sane man would run to the garage, pop the jack he just retrieved under the car, lift it up and remove the stubborn wing. It’s efficient and stops wayward mechanics from damaging the vehicle further. But nope, not in the world of Formula E it seems.

I hope someone told him exactly how much those wings are worth after his tantrum.

3. Sam Bird shows the world how to drive an all-electric car

Someone keeping both noses clean at the front of the race while his competitors careered into one another was former GP2 and Mercedes development driver Sam Bird.

Bird’s schooling of the Formula E field this weekend showed the world this this guy should really get a chance in a Formula 1 or World Endurance Championship LMP1 car. The Briton finished a full four seconds ahead of Championship leader Lucas di Grassi (an equally stellar driver from 18th on the grid) and Sebastian Buemi in third.

So what’s Bird’s secret? His driving style just suits Formula E. In a sport all about momentum and conservation of energy, Bird tends to lift and coast more often and to greater effect than his rivals. The result? Fast lap times with minimal energy used.

If you missed the race, catch the full repeat above. It was an absolute cracker.

4. Lewis Hamilton shows the world how to drive a hybrid car

Lewis Hamilton, after all the drama of the 2014 Formula 1 season, has become the first Mercedes Champion since Juan Manuel Fangio in the 1950s, the first double British Champion since Sir Jackie Stewart and the first driver to win a double points race (hopefully the last too).

Luckily, the controversial double points had nothing to do with the outcome of the Championship, but Nico Rosberg‘s awful start, and energy recovery system failure definitely did. Rosberg was subsequently lapping around two seconds slower a lap after his car failed, thanks to the 160 additional horsepower that wasn’t available to him.

Although the German was urged to retire from the race by Mercedes, he elected to continue with a wounded car and finished the race back in 14th. After the race, he congratulated Hamilton in the winner’s booth. He was also joined by the two Williams drivers of Felipe Massa (who came close to successfully hunting Hamilton down) and Valteri Bottas in third.

Hamilton now stands on 33 wins (fifth on the all time wins list).

5. The Mercedes W05 Hybrid becomes the most successful Formula 1 car, ever In 1988, the dominant McLaren MP4/4 driven by Alain Prost and Ayrton Senna took 15 wins in a 16 race season. Then in 2004, the partly South African-designed Ferrari F2004 took a ridiculous 15 wins from 20 races, becoming the last Ferrari to win a Championship. But the Mercedes W05 Hybrid has eclipsed both cars, taking a staggering 16 victories in a 19 race season, making it (statistically) the greatest Formula 1 car ever built.

Daniel Ricciardo was the only driver to beat the car this season, and during those three races, the Mercedes boys didn’t exactly do each other any favours.

Of course, deciding what is the greatest Formula 1 car of all time is more than just a case of statistics, but the books don’t lie either.

6. Ferrari go an entire season without a victory, finish fourth in Constructors’ Championship For the first time in 21 years, Ferrari have gone an entire season without finishing on the top step of the podium.

Update: As a result of the team’s torrid 2014 performance, Marco Mattiacci — the team principle called in to replace Stefano Domenicali in April — has been replaced by businessman Maurizio Arrivabene — former vice president of tobacco company Philip Morris.

A team in turmoil, or just a team in the midst of a revolution? Sebastian Vettel has driven his last race for Red Bull, where he won 38 Grands Prix and four World Championships. He will be taking Alonso’s vacated seat at Ferrari.

As for Jenson Button (pictured above), nobody quite knows where the 2010 World Champion is heading, but we hope he remains at McLaren. If not, Kevin Magnussen will need to find a new home. The team has declared that there won’t be any word until December, which I’m sure must annoy both its drivers and the media. 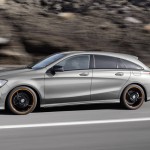