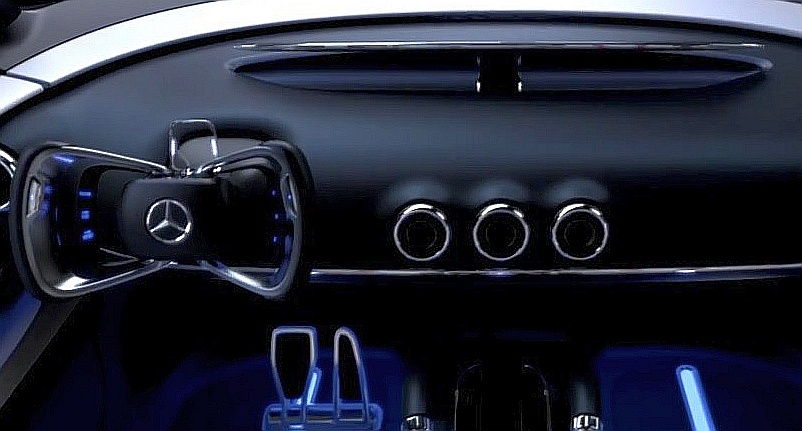 Mercedes isn’t a company that shies away from accomplishing the daring in the motoring world, so the latest G-Class model shouldn’t really surprise anyone. But it really has.

The Vision G-Code concept, unveiled at the Stuttgart manufacturer’s Beijing-based R&D center, takes bucket loads of technology and forces it down the throat of its smallest crossover to date.

For starters, the multi-voltaic silver paint effectively transforms the car into one mobile solar panel, feeding the electric drive system, which will send drive to all four paws. There’s also a traditional petrol-burner located somewhere under its skin, for particularly dark days.

To add some glitz to the package, the grille features some futuristic LEDs that change colour based on the drive mode currently selected. 21″ rims, suicide doors, a 2+2 cabin and an intimidating steering and control arrangement adds to the theatre of this car. And to get to the steering controls, the user needs to, quite literally, insert a smartphone into the car to start it. It’s gawk-worthy.

It sounds incredible, and incredibly practical too (there are even push-scooters located under the car’s storage area), but it’s merely a concept. Some technologies may prove difficult to implement in today’s world, but the vehicle at least gives us a preview of where Mercedes’ future endeavour lies.

Have a look at the video below for an in-depth preview. 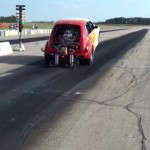