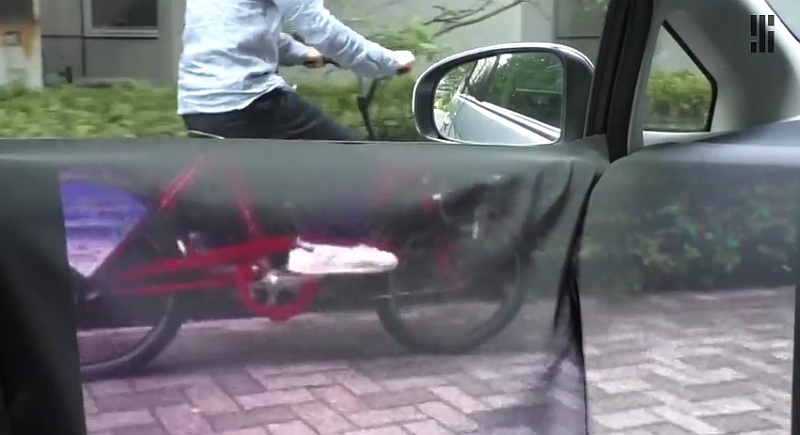 Japanese researchers have created a transparent car. The car uses projectors, cameras and special mirrors to reflect what is outside the car onto the surfaces inside. Essentially, the driver has a view of the outside and not just through the standard windows.

Think about the implications of that. Drivers would never again have to stick their heads out the window to see what is happening behind them. All they have to do is turn their head and stare right through the back seat and be able to see behind the car.

The way that this car will work is that the projector will direct the outgoing beam to a half mirror in front of the observer and part of the beam illuminates the special screen, which reflects most of it directly back through the half mirror and straight into the observerâ€™s eyes.

The car was created by Susumu Tachi and Masahiko Inami of the Graduate School of Media Design at Keio University in Japan. The project, they claim, is aimed at helping drivers stay aware of their surroundings.

The creators, writing on their creation, say:

Next we built a setup specifically for a Toyota Prius that made the backseat virtually transparent, so that the driver could see everything behind the car when driving in reverse. In this application, the system had one projector and six lenses, allowing the driver to act naturally without the systemâ€™s having to track the movements of the driverâ€™s head. The result is a panoramic view that the driver can use intuitivelyâ€”quite unlike the current, counter-intuitive system, which sends output from a rear-view camera to a display mounted on the dashboard. We are now collaborating with several automakers and automotive electronics companies in turning our concept into a commercial system. 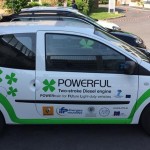