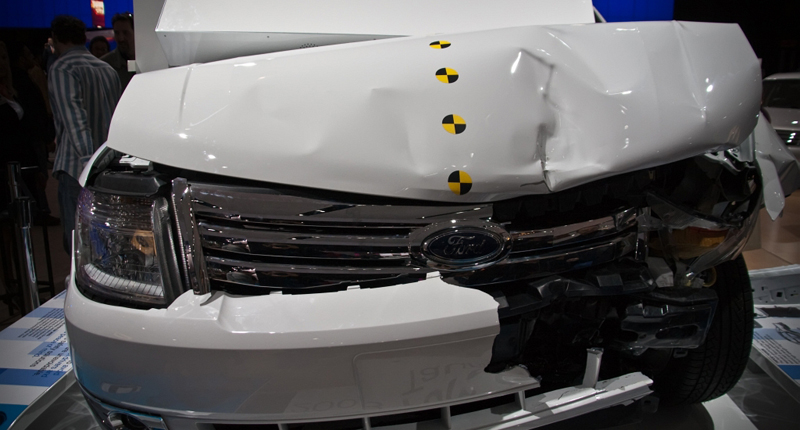 The Datsun GO — a budget hatchback built specifically for emerging markets, including South Africa â€“ recently came in for severe criticism for failing to score a single star for adult occupant protection in a Global NCAP crash test.

The Indian-market Datsun â€“ the first model from the budget automaker since it was revived by Nissan â€“ does not feature airbags or ABS. But this lack of seemingly basic safety equipment wasnâ€™t the main reason behind its embarrassing zero-star rating.

No, the fact that the vehicle structure quite simply collapsed during the standard 64km/h frontal offset crash test was far, far more worrying.

â€œThe GOâ€™s body shell is so unstable that it would be pointless to include airbags in the car,â€ the damning assessment read. Ouch.

In fact, it was so bad that the safety authority immediately called upon Nissan to â€œurgently withdrawâ€ the Datsun GO from all markets.

Of course, the Datsun GO wasnâ€™t the only vehicle to fare disturbingly poorly in that specific round of tests.

But all the bad press does illustrate just how far some budget vehicles lag behind the more expensive, better-equipped offerings in terms of active and passive safety.

And it also throws light on the crucial question: is it really fair for a cheap-as-chips hatchback and a luxury barge (crammed full of optional safety tech) to be assessed using the same criteria?

Well, from January 2016, the European New Car Assessment Programme (Euro NCAP) will change how it awards its sought-after stars in order to account for new, advanced safety systems (the last time the rating scheme was overhauled was in 2009). Yes, the EU-backed organisation is set to introduce a two-tier rating system â€“ one for the lowest safety specification models in the range and another for the variants boasting tech-laden optional safety packages.

Euro NCAP says it hopes the move will â€œshorten the period from paid-for-optional-content towards standardised technologiesâ€. Of course, it wants to continue to give credit to automakers that fit nifty safety technology as standard, as well as keep consumers informed about the benefits of choosing the often-costly optional packages. Interestingly, if brands make the obligatory tech standard across all variants, they will be permitted to bypass the two-tier system.

What sort of safety technology lies at the heart of the matter? Well, Euro NCAP has of late been placing great emphasis on crash avoidance and driver support systems, such as automatic emergency braking, forward collision warning tech, lane-keeping assistance, and blind-spot monitoring. So basically the sort of stuff currently available only in premium vehicles.

â€œThis dual rating scheme would allow vehicle manufacturers to develop advanced systems which they might otherwise ignore if Euro NCAP just issued a single rating, as some new systems are too expensive to immediately offer as standard in the lower segments. The policy would apply to vehicles of all classes, including budget cars,â€ the organisation wrote in its 2020 Roadmap earlier this year.

Yes, thatâ€™s effectively Euro NCAPâ€™s way of pointing out that advanced safety tech should be filtering down to mass-market vehicles much quicker than it currently does. Will the adoption of the new system incentivise automakers to up the safety ante? Well, that all depends on whether or not manufacturers buy into the scheme. The premium brands will likely be tempted to make the requisite safety tech standard across their various ranges (and thus sidestep the two-tier system), but other automakers with a focus on economy cars simply wonâ€™t have that choice.

That said, theyâ€™ll likely start introducing â€œbig-carâ€ safety tech on range-topping budget cars to target a full five-star rating in at least the top tier. And that, of course, is a positive thing for safety-conscious consumers who will thus finally have the option of splurging on advanced safety systems in less advanced cars. But, of course, thereâ€™s also the possibility that pricing of the entire range will be affected.

What practical effect will this have on the ratings you see when researching your next potential car? As an example, a mass-market hatchback that currently holds a five-star rating would likely attain just three (or at a stretch four) stars under the new system â€“ unless, of course, itâ€™s fitted with an optional safety pack.

What does all this mean for the likes of the Datsun GO? Well, nothing much, in all honesty â€“ even if kitted out with the type of semi-autonomous safety tech found in the current Mercedes-Benz S-Class, this modest little hatch would likely still fail dismally thanks to its wishy-washy body structure.

But, chances are, future budget cars wonâ€™t fall into the same trapâ€¦ 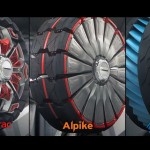