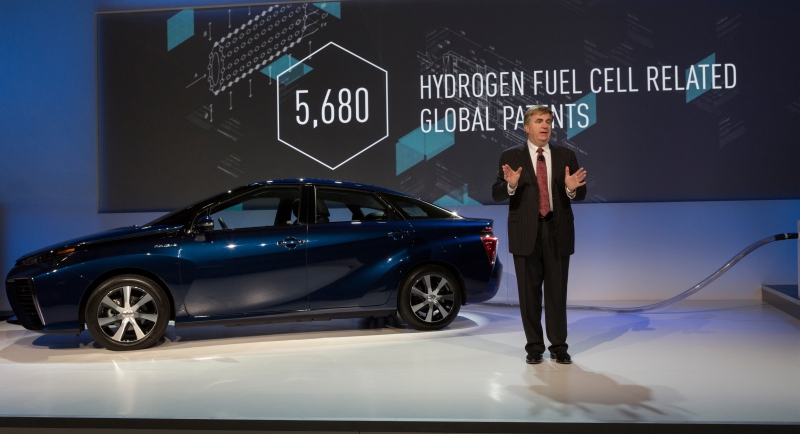 For once, there seems to be more cars at CES than bendable TV sets and plant pots that keep their occupants alive (so you don’t kill them), and that got us excited. But perhaps the most exciting news is Toyota’s latest charity drive. The Japanese company will offer some 5000 of its fuel-cell patents royalty-free, to drive growth in the alternative energy vehicle industry.

This move comes after the company officially launched its previously-named FCV, or Mirai. The car uses a hydrogen fuel cell to get the wheels turning, and Toyota‘s latest move will hopefully get the wheels of the fuel cell industry turning too.

While hydrogen’s been huffing and puffing, there has been an explosion of interest in electric vehicles over the past few years, namely thanks to Toyota’s very own Prius, the Formula E all-electric racing series that has spurned worldwide interest.

For once, a company isn’t remaining smug about its technology, as Toyota’s Bob Carter explains:

The first generation hydrogen fuel cell vehicles, launched between 2015 and 2020, will be critical, requiring a concerted effort and unconventional collaboration between automakers, government regulators, academia and energy providers. Â By eliminating traditional corporate boundaries, we can speed the development of new technologies and move into the future of mobility more quickly, effectively and economically.

But is there a catch? Not entirely, but Toyota also requests that other companies using its patents share its patents alike.

Patents related to fuel cell vehicles will be available for royalty-free licenses until the end of 2020. Patents for hydrogen production and supply will remain open for an unlimited duration. As part of licensing agreements, Toyota will request, but will not require, that other companies share their fuel cell-related patents with Toyota for similar royalty-free use.

Is this the push fuel-cell vehicles require? It’s definitely a step in the right direction. 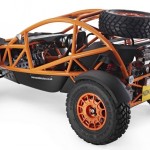