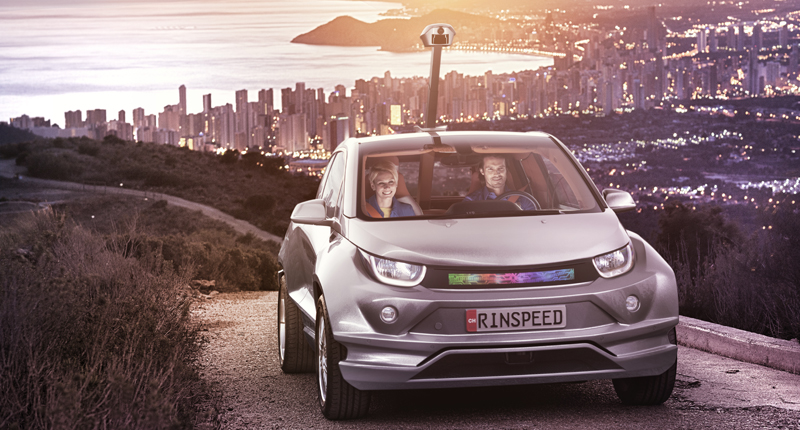 If you’re more interested in the kind of cars we could be driving in the near future rather than the ones we’ll likely be driving in a couple of years time then it’s worth paying attention to the annual concept put together by Rinspeed for the Geneva Motor Show. Just look at the Tesla-based XChangeE concept it unveiled last year. This year’s vision, called the Budii, is true to form and will have more than a few tech-optimists reaching for their wallets.

Among the features present in the smart city car are the ability to make it follow you when you’re out on a run, a steering wheel which can almost instantaneously be switched to the other side of the car, and…storage space in the back seats for a pair of Segways. Yeah, we’re not sure about that last one either.

According to the Swiss company, Budii — which is based on the electric BMW i3 — is meant to show “how automated private transport will transform the car and the man-machine system”.

That attitude is probably most evident in the car’s steering column. Inspired by the robot arms which are currently used to manufacture cars, it has multiple functions. As we’ve already noted, it can be switched from side to side, making human-controlled driving from country to country a lot easier. In self-driving mode meanwhile, it can be stowed in the center with minimum space requirements or serve as a table.

Interestingly, the company is less optimistic about the future of self-driving cars than many others in the space. “Even the best technology will not be perfect, albeit less prone to error than humans. That is something we will have to accept,â€ says Rinspeed boss Frank M Rinderknecht.

That said, the Budii seems better equipped than most to deal with those challenges, especially when you consider its built-in periscopic camera.

On the software front, Budii has an entirely new operating and display system developed by Harman. According to Rinspeed, the system “independently identifies the habits and preferences of the driver, and consequently reduces the necessary operating steps to a minimum. In this way, the car turns into a learning and proactive companion”.

Of course, Budii is also about allowing Rinspeed’s many collaborators, including Mansory and Borbet, to show off what they’re capable of. Any actual car produced on the Budii’s principles would therefore likely have a far more uniform approach to design and a few less features just for the sake of it. 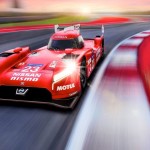