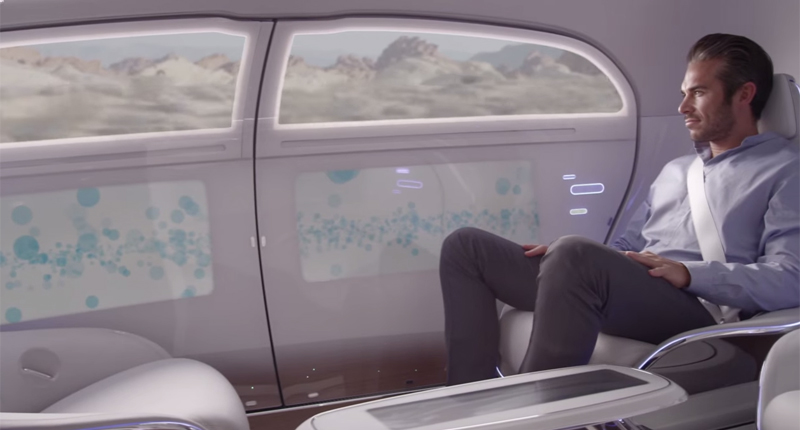 Not too long ago, the height of factory-fitted in-car technology comprised little more than a one-speed windscreen wiper. And perhaps a cigarette lighter, if you were disciplined enough to save up for the range-topper.

But these days, even some of the more affordable vehicles out there come positively stuffed full of interesting gadgets. From built-in navigation systems (some with Google Street View) and full smartphone integration to blind-spot monitoring and voice control, the modern car cabin is already a tremendously advanced space.

And, of course, things are only going to become more radical â€“ despite rising concerns about distracted driving (although, it must be said, a fair chunk of the futureâ€™s tech will likely be focused on minimising such distractions).

So, how will car interiors of the future differ from those to which weâ€™ve become accustomed of late? Well, guided by a few recent automaker demonstrations â€“ many of which admittedly still bear the dreaded â€œconceptâ€ tag â€“ weâ€™ve compiled a list of changes we can expect to see in the not-too-distant future.

Does your posh German sedan boast a head-up display? Thatâ€™s cute. If Jaguar Land Rover has its way, the entire windscreen will eventually act as one giant HUD. Even the A- and B-pillars would feature embedded screens to effectively render them see-through. Blind-spot? What blind-spot?

Augmented reality software would identify and highlight potential hazards (tipsy pedestrians, wayward cyclists, crazy ex-girlfriends, etc.) on the windshield, providing the driver with an early warning. A computer-generated â€œghost carâ€, serving as a navigation assistant, could also be projected onto the screen. The tech would furthermore be useful on racetracks, where virtual racing lines and braking points would make learning a circuit far easier.

The Volkswagen Golf R Touch Concept shows that automakers are indeed keen to introduce gesture-based vehicle controls in the near future. The nifty showcar employs a clever 3D camera module capable of identifying simple hand and finger movements, with users able to swipe (in the air) through various control options on the massive central screen.

As we pointed out in a previous feature, such technology will likely be limited to user interface functions, rather than actual control of the vehicle. Indeed, the latest Volkswagen concept suggests just that, with the electrically adjustable seats and sunroof also manipulated with simple swiping motions.

When it comes to automotive safety, Volvo is perhaps the brand that first springs to mind. But the Swedish automaker says its commitment to safety goes beyond mere seatbelts and airbags. Yes, in addition to a plethora of anti-crashing gadgets, the upcoming Volvo XC90 will also boast a clever new multi-filter that includes a sensor monitoring the incoming air for noxious substances.

When the sensor detects that the level of harmful substances is too high â€“ such as when the vehicle is driven through a tunnel â€“ the air intakes automatically close. In addition, when the driver unlocks the vehicle remotely, the ventilation system automatically vents out the interior air, effectively ridding the cabin of odours before humans enter. Nifty.

The clever folks at Jaguar Land Rover appear to be on a roll. Yes, theyâ€™re also apparently developing technology that would see colours, sounds and â€“ most interestingly â€“ touch used inside the vehicle to alert drivers to potential hazards. The brandâ€™s â€œBike Senseâ€ system concentrates on identifying two-wheeled dangers, but we donâ€™t see why the tech couldnâ€™t be extended to other road-users.

If a motorcycle or bicycle approaches the car from the rear, the system would detect if it is either overtaking or coming past the vehicle on the inside, with the top of the car seat extending to basically tap the driver on the relevant shoulder. The driver would then instinctively look over that shoulder and be aware of any collision dangers. Other than touch, Jaguar Land Rover says Bike Sense would also utilise sound (such as, a little cheesily, a bicycle bell) and colour (warning LEDs in amber and red).

5. The death of the physical button

More and more, vehicles are eschewing the traditional â€œphysicalâ€ button in favour of the multi-functional touchscreen (the Tesla Model S, for instance, employs a massive 17-inch screen). Yes, dashboards completely devoid of buttons, knobs and switches are seemingly just around the corner, which is great news for those of us who appreciate uncluttered, simple cabin design.

However, weâ€™re not entirely convinced that this is the way to go â€“ from a safety standpoint, anyway. In fact, from experience we can report that having to delve deep into the bowels of a touchscreen menu â€“ no matter how slick the interface â€“ to, say, tweak the air-conditioning, requires the driverâ€™s eyes to leave the road for longer than is ideal. By contrast, once a motorist is used to the layout of a given vehicleâ€™s physical buttons, itâ€™s relatively easy to adjust various settings without ever having to tear your vision from the task of driving.

When the autonomous vehicle eventually touches down, seating configurations as we know them will likely change drastically. The Mercedes-Benz F 015 Luxury in Motion research car, for example, puts forward the idea of a variable seating system, featuring four rotating â€œlounge chairsâ€ that facilitate face-to-face conversations between occupants.

Since the driver wonâ€™t always be, well, driving, the motorised swivel chairs certainly make sense. That said, the positioning of the front airbags would have to be rethought. And the layout also prevents the driver from remaining attentive enough to take the wheel if the automated systems flop. Then, of course, thereâ€™s the issue of motion sickness for those who prefer to not to face backwardsâ€¦ 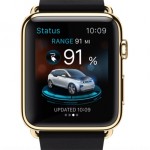