Audi is set to delay the release of the next-generation A8 luxury sedan until late 2017 in order to equip it with more autonomous technology.

According to a report from Autocar, the company is trying to push the limits of piloted technology with the new model A8.

Speaking to the UK-based motoring publication, Audi R&D boss Urlich Hackenberg said that the A8 would introduce a series of new technologies including the ability to drive autonomously on highways at speeds of up to 64km/h.

The goal, it seems, is to take on the might of Merc’s S Class when it comes to powerful technologies.

The A8 will make extensive use of cloud computing technologies in autonomous mode, uploading information about road conditions and downloading previously uploaded data about traffic conditions.

Hackenberg told Autocar that the A8 will also make extensive use of sensors, providing 360-degree coverage. Among the sensors set to be included in the car are long-range radar, laser scanners and monovideo cameras facing forward, medium range radar facing rearwards and ultra sonic sensors at each side.

While Audi will be hoping the A8 sells well, it will also play a role in helping with the VW group’s autonomous motoring efforts. As it drives, it will gather “teraflops of data” that future cars will be able to download.

However autonomous Audis of the future become through, it doesn’t appear likely that the German marque will allow them to be used for car-sharing. According to Hackenberg, this is because they “soon become dirty and battered and that is not a premium experience for a driverâ€. 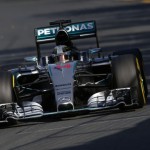