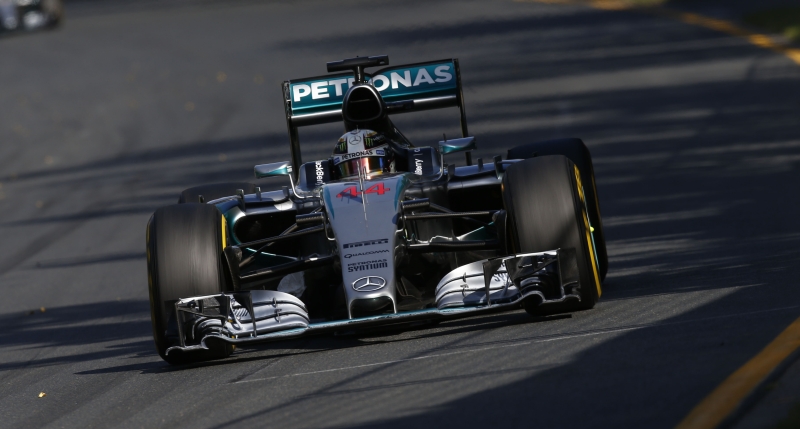 Formula 1 is back, and it’s as boring as ever. We round-up the weekend’s events from Melbourne. The V8 Supercars hosted a non-Championship event around the streets of Albert Park too.

Elsewhere in Europe, the 24H Series got its second event underway in Mugello this week, with the 12 Hours of Mugello.

Across the pond, there’s some manic Formula E action from the streets of Miami, NASCAR runs rings around the mile-long and picturesque Phoenix International Raceway, and in the Middle East, the MotoGP circus has been winding up before the start of the 2015 season.

So, without any ado, here are the moment you missed from motorsport’s finest this weekend.

Fifteen. That’s how many cars took to the Albert Park grid.

It was an underwhelming start from a struggling sport, pegged down by politics, power struggles and literal power struggles. Red Bull is now threatening to pull out of the sport it dominated less than three years ago.

Speaking of dominating, Lewis Hamilton won the season opener, followed by his teammate Nico Rosberg. Half-a-minute down the road, Sebastian Vettel finished on the podium on his Ferrari debut, with Felipe Massa fourth and Felipe Nasr rounding up the unlapped cars in fifth.

Sauber finished with both cars in the points, while McLaren-Honda managed to finish the race, albeit in stone last.

That’s right. The governor of California was at hand to interview Hamilton and company on the podium. It was a brief moment of hilarity in an otherwise vapid start to the season. Have a laugh about.

It did make us think of this gem though, from a decade ago. One of my favourite tracks on the planet played host to the 24H Series’ second event, the 12 Hours of Mugello, but it was far from the endurance race we’re used to seeing.

The event was split into two parts across two days, thanks to noise complaints from those who live around the circuit (essentially, if this is the issue, why live alongside a motor racing circuit?). Nevertheless, this gave the fans a better chance of seeing GT cars thrash the undulating tarmac.

Although it wasn’t a Championship event, the four-race Australian GP always gives V8 Supercars teams a change to gain some confidence going into the second round of the season. This event was no exception, with Winterbottom and Mostert giving the Ford Falcon FG X its first win.

As things stand, James Courtney, Fabien Coulthard and Garth Tander make it a top three Holden lockout in the Championship, going into the Tasmanian round in two weeks time.

Have a look at the final race of the weekend above.

In what was the motorsport highlight of the weekend, the streets of Miami played host to the FIA’s newest lovechild — Formula E — and my, what a show it put on.

With Jean-Eric Vergne starting from pole, the field set off on a 39-lap tour of Miami, but as one has come to expect with this series, there are just too many factors one can’t quite account for.

Ultimately, it was Nico Prost who best used the energy available, with Sam Bird falling by the wayside after an heroic first stint.

Prost’s pass on Abt to take the lead with two laps to go was a touch of class, and we could very well see Alain’s son in the Formula 1 paddock soon.

On that note, the debutant Scott Speed, energised by his home crowd, finished a not too shabby second place.

6. NASCAR: Harvick looks like the man to beat this season after dominating in Phoenix

Kevin Harvick, after making second place his home, has now won back-to-back victories and the lead of the Championship from Joey Logano. It’s also his fourth straight win at Phoenix.

Although Jamie McMurray came extremely close to pipping the Stewart-Haas Chevrolet in the closing laps, Havick did just enough to keep the charging Missourian at bay.

Harvick, Logano and Truex Jr. are now the only men to finish the first four NASCAR Sprint Cup rounds in the top ten, and form the top three of the Championship going into Fontana this weekend. From seemingly nowhere, Ducati and Andrea Dovizioso has dominated the first two days of MotoGP testing in Qatar, that is, until the rains began to fall on the final day, which forced organisers to cancel the test.

The Italian posted a 1:54.907, which demolished Casey Stoner’s record by 0.2 seconds, becoming the only rider to break into the 1:54 bracket too. Honda’s Marquez followed behind, with Iannone on the Ducati too, in third. The two Yamahas of Lorenzo and Rossi brought up fourth and fifth place on the final day of running. 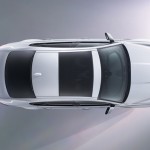