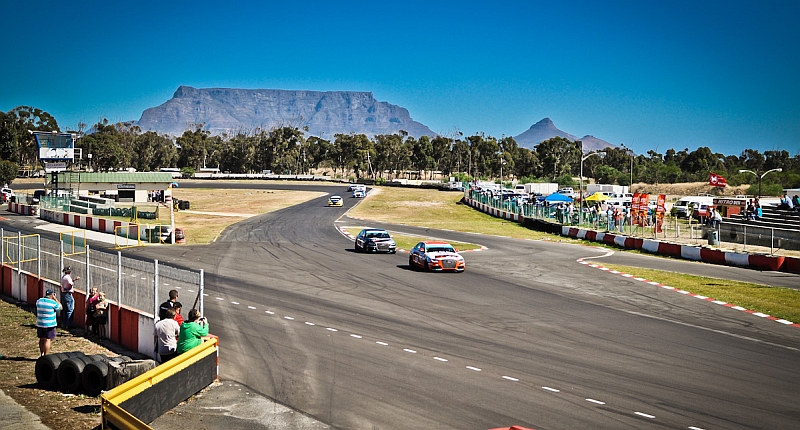 Africa is currently the only continent (other than Antarctica) without a Formula 1 GP. South Africa previously hosted an event in the Sixties, Eighties and late Nineties at East London’s Aldo Scribante and Johannesburg’s Kyalami circuits.

The latter is regularly visited by other series, and the World Superbike Championship currently calls Phakisa Freeway in Welkom home. But F1 chief Bernie Ecclestone and Lewis Hamilton’s dad, Anthony, are working hard to get South Africa back on the F1 map.

Recent talk has been about a street circuit around Cape Town’s affluent waterfront suburbs, which does sound thrilling, but it is really a possibility?

South Africa has been through a lot in the past century, and yes that is a grave understatement.

For three brief spells, South Africa played host to Africa’s Formula 1 event jumping between East London and Johannesburg. East London once boasted a 23km track along its beachfront that scared the pants off drivers in the Thirties. It soon became to treacherous to use though, and subsequently Kyalami was built in 1961.

Interestingly though, Formula 1 only moved to the circuit in the late Eighties after the series pulled out of the country entirely from the early Nineties onwards. Even then, many were against the Grand Prix in the apartheid ravaged era. The final race was held in 1992, and Formula 1 hasn’t been back on the continent since.

If Formula 1 does return to South Africa, the race won’t be held at Kyalami, Aldo, Phakisa or Cape Town’s existing track Killarney (feature image), according to big wigs at least. Instead, a temporary street circuit would be constructed on the Atlantic seaboard, between the Cape Town suburbs of Sea Point and Green Point. There have been talks of constructing a new circuit in a non-residential area near Cape Town’s airport but one must wonder how cost effective this would be.

Remember Turkey’s Istanbul Park circuit? It was an epic piece of tarmac but thanks to the disappointing crowd attendance, the race has fallen out of favour. This could happen with Cape Town’s circuit too.

Although this all sounds brilliant — an African Monte Carlo if you will — but it’s stepped with issues, most of these from an external nature too. There are already 20 tracks on this year’s calendar, with Azerbaijan arriving in 2016, and a number of other venues on Bernie’s hit list. Next year will also see the season kick off in April, which will further condense the year plunging doubt on any additions in the future.

If Formula 1 does indeed add an African event to the roster, it will have to replace a circuit currently on the venue list and that would mean losing the likes of Monza or Hockenheim (for good). Legendary tracks form the essence of Formula 1, and losing them would be gravely destructive to the Formula as a whole.

Of course, there’s also the massive issues of investment.

Attracting sponsors is one thing, but upgrading the streets, erecting all the temporary structures and equipment to dismantle it again in a week, are all costs that will be footed by the tax payer (likely). There’s a question of noise pollution too. Although the turbo Formula 1 cars are a lot quieter than they used to be in the V8 era, a circuit in the heart of the city will lead to traffic disruption and noise. It’s likely that the idea will face stark criticism from locals. Finally, is Cape Town the correct destination for a Formula 1 race?

Arguably, Johannesburg has the racing pedigree and structures needed to host a race. Kyalami is possibly the closest track to the FIA’s stringest specifications than others, Phakisa would come a close second. Additionally, if a street circuit isn’t erected, the plans to build a dedicated F1 venue in Cape Town is flawed. It will become a white elephant, just like Cape Town Stadium (ironically, which becomes a part of the street track’s design).

Of course, while there might be issues with logistics, investment and location, there’s opportunity to reinvigorate motosport in South Africa, additionally, boosinting the local economies, global perceptions and perhaps go so far as encourage the next generation to follow their engineering ambitions.

Here’s the real question: will Formula 1 ever arrive on our shores, or African shores for that matter? Currently, I do believe we’ll eventually see an event on the African continent, but we might see other series arrive before it, namely Formula E.

South Africa has a legacy of brilliant drivers and engineers — from Rory Byrne who designed Michael Schumacher’s monumental Ferrari F2002, to Jody Scheckter who won the 1979 World Championship — and interest in the sector can only grow. The country is lacking engineering professionals — here’s a way to get them interested again.

Electric cars are slowly taking off in South Africa too, and has some enormous room for growth. Formula E has proved to be immensely popular in usually-stubborn motorsport markets like America. It should work wonderfully in South Africa.

While Formula E’s big boss Alejandro Agag might jump at the Formula E opportunity, ultimately, Formula 1’s African round is up to Bernie. 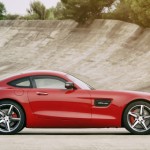