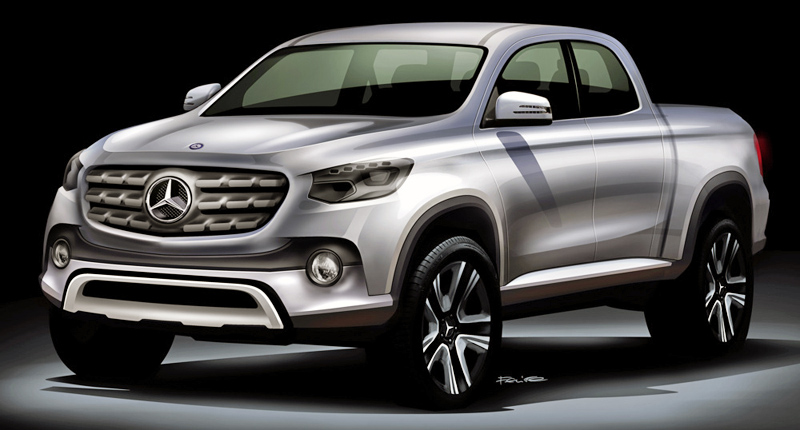 When Mercedes-Benz recently confirmed its plans to bring a pickup truck to market before the end of the decade, many people reacted with large dollops of scepticism.

A few no doubt checked their calendars, convinced that the news fell far too close to 1 April for comfort. No other premium manufacturer had ever even publically expressed an interest in going this route, after all.

But, once you manage to wrap your head around the thought of a mid-size pickup wearing the famous three-pointed star, the decision starts to make sense. Oodles of sense, in fact.

First, it’s important to note the main markets in which the German automaker initially intends to introduce what will be the world’s first mass-production premium pickup: Latin America, South Africa, Australia, and Europe.

In all four regions, pickup trucks are ubiquitous, to varying degrees. Indeed, a look at 2014’s full sales figures in South Africa, for example, shows that a certain bakkie (as we call them here) was easily the top-selling vehicle of the year. Yes, despite its advancing years, the Toyota Hilux again managed to beat out traditional passenger car favourites such as the Volkswagen Polo and Toyota Corolla, while the resurgent Ford Ranger, too, broke new ground in terms of overall units moved.

In short, the segment is healthier than ever. Indeed, the typical pickup — particularly in double-cab form — has morphed from a light commercial workhorse of years gone by to a properly aspirational private passenger car, with the handy ability to roll up its sleeves and get its paws dirty if required.

And it seems the Mercedes pickup will follow a similar formula, with the brand insisting that its new model will offer “a high level of utility” rather than starting a pampered pickup trend. Indeed, when describing the growing segment’s success, the official press release makes mention of a payload of “around one metric ton”, which compares favourably with the current leading double-cabs.

These benchmark pickups, meanwhile, have been rendered more and more car-like over the past few years. Thanks to new, downsized engines, pickups no longer have to be gas-guzzlers saddled with agricultural cabins. And they’re becoming increasingly easy to drive too — despite their considerable dimensions — thanks to light steering and modern automatic transmissions (the Volkswagen Amarok, for example, can be had with a silky smooth eight-speed self-shifter).

Although the Merc pickup is still under development — and thus technical details are particularly thin on the ground — we can expect the upcoming model to be even more car-like than the pickups of today. Indeed, it’ll be interesting to see what sort of new ideas the automaker will bring to the segment, specifically when it comes to comfort.

Mercedes-Benz, of course, has some experience barging its way into segments traditionally reserved for rough-and-ready utility vehicles. The M-Class, for instance, proved rather successful after assuming a then-unlikely place in the SUV market back in the mid-nineties. And a glance at the Daimler-owned automaker’s current line-up shows that the modern crossover — be it in G, GL, GLA, or ML (soon to be GLE) form — has become a mainstay for the brand.

Of course, Mercedes has also been building both full-size trucks and vans for many a year, which means it’s by no means a stranger to the commercial market. Indeed, the Mercedes-Benz Vans division will be ultimately responsible for the new vehicle.

The premium car-maker has become a bit of an expert at wringing out extra sales by carefully probing niche segments, just like the majority of rival premium manufacturers (who we can expect to follow in Merc’s pickup-shaped footsteps in the future). But, in terms of long-term growth targets, launching an assault on an as-yet unexplored high-volume segment makes so much more sense.

The quasi-luxury double-cab has already become a bona fide status symbol in many markets around the world. So imagine the potential of a newcomer sporting one of the most luxurious badges of al! 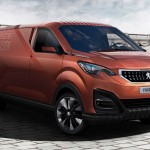