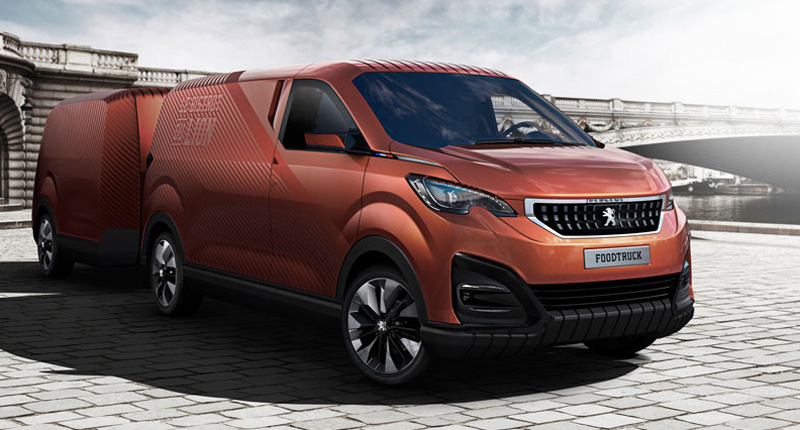 As concepts go, the Peugeot Foodtruck is pretty damn practical. As food trucks go however, we’re not so sure.

Dubbed Le Bistrot du Lion, the restaurant on wheels will take up residence at Milan Design Week 2015 on 14 April, before heading to the French Pavilion at the 2015 World’s Fair, Expo Milano, where the theme will be “Feeding the Planet, Energy for Life.”

The food truck includes areas for food preparation, dining and refreshments, as well as a DJ booth. In part, it’s capable of accommodating all these areas because it comes with its own trailer and in part because various bits of it fold out, extend and do various other things that look as if they required a lot of very complicated engineering.

“For the Peugeot Foodtruck, we wanted to create a complete food truck experience, not only creating a kitchen for the chef but a restaurant and cafe for the customers,” says Cathal Loughnane, Head of Peugeot’s Design Lab. “A lot of attention was given to opening up the kitchen and allowing the chef and food preparation to be as close to the public as possible. We also wanted to create a real sense of surprise as the compact Peugeot Foodtruck transforms into amphitheatre like dining space Le Bistrot du Lion”. 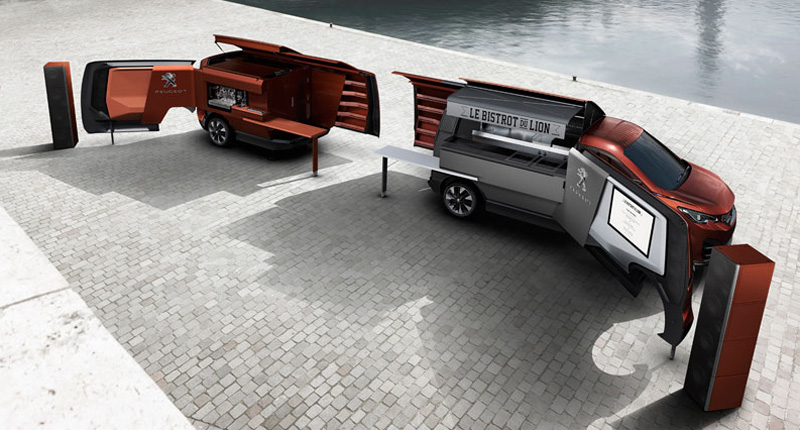 Quite aside from the fact that food trucks are supposed to be about minimalist simplicity, the idea of customers watching the chef prepare food on the built-in screen in surround sound as opposed to, you know, just watching, seems pretty odd.

The French car-maker’s rationale for the vehicle is pretty interesting though. As well as cars, scooters and bicycles, Peugeot manufactures tableware, including pepper and coffee mills. No word on whether older models of its kitchen implement are also prone to extreme rust. 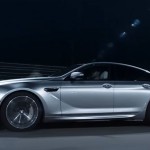