By Andy Walker
Read nextMcLaren P1 GTR is coming to a road near you, thanks to Lanzante 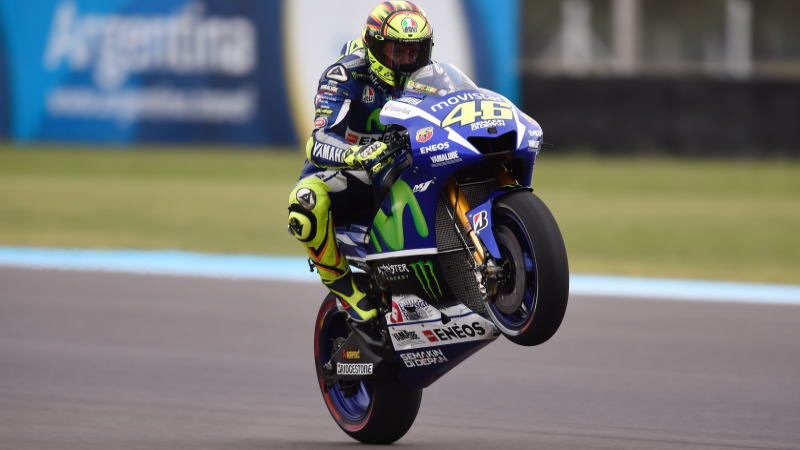 How dramatic was this weekend’s motorsport action? If the duel in the Bahrain desert wasn’t enough, the MotoGP action in Argentina was definitely more than entertaining.

The NASCAR circus had a rain delay to contend with, and the IndyCar Series enjoyed one of its prestigious events around the streets of Long Beach.

All in all, there was a good few moments that really gave motorsports fans a few squeals of delight, and anguish, depending on which side of the fence you found yourself.

So, without any more ado, here’s some of the moments you might’ve missed this weekend.

1. MotoGP: Rossi wins one of the most contentious MotoGP events ever

If you thought Formula 1 was dramatic today, get a load of MotoGP this weekend.

After Marquez bet on the softer rear tyre on the grid, he pulled out a massive 4.1 second gap on the field. Rossi, however, wasn’t about to lie down and die, and recovered the gap, setting fastest lap after record-setting lap. But that was just the beginning.

After passing Marquez midway through the lap, Rossi seemed to cut across the Spaniard, taking the traditional racing line, and the two touched wheels. It was clearly a racing incident though, with the Spaniard crashing out of the race. The stewards soon deemed it fair, which meant that Rossi’s second win of the season stood.

Rossi went on to take his 110th race win, and now leads the Championship by quite a margin from Andrea Dovizioso. Cal Crutchlow finished a respectable third.

It was an all out brilliant race, but we don’t think Marquez feels that way.

What do you think? Please let us know in the comments.

Amid the craziness that was the Argentinian MotoGP round, Alexis Espagaro started on the front row of the grid for an ever improving Suzuki outfit. The Spaniard also took the lead going into the first corner. He ultimately faded in the race though, but the bike clearly has stellar one-lap pace.

4. Formula 1: Hamilton wins in Bahrain, Rosberg loses out to Raikkonen

In an “oh, how predictable” result, Lewis Hamilton took his third win of the season, with Kimi Raikkonen pipping Nico Rosberg for second. Both Mercedes suffered from brake issues in the final laps of the race, while Sebastian Vettel, struggled to a fifth place behind Valteri Bottas. The German picked up a front wing problem late on in the race.

There’s not much else to mention here really, apart from the fact that Citroen is about as dominant in this year’s WTCC as Mercedes was in Formula 1 last season. Yawn.

Assen always produces some immaculate motorcycle riding, it is, after all, the Cathedral. So, what did the World Superbikes bring to the party this weekend? Lots and lots of ballsy passing maneuvers.

Jonathan Rea walked away with a double win, but Chaz Davies and Michael van der Mark followed him home on both occassions, pleasing the raucous Dutch contingent. Of course, there was close racing throughout the field, but van der Mark took our rider of the weekend award.

Many thought that the event will be rained out at the extremely tight circuit, but it seems that even Mother Nature wanted to see some stock car mayhem, and mayhem she got.

Kenseth was the driver to ultimately hold his nerve after a long rain delay and win at Bristol.

Winning a Long Beach Grand Prix is no joke. The Monaco of America was won by some of racing’s legends, and Scott Dixon added his name to the rostrum this weekend.

After a jaw-dropping move on the first lap, which saw him sail past Helio Castroneves, he didn’t look back and went on to record a long-awaited victory around the famed circuit. 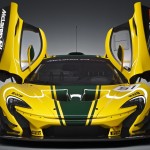 McLaren P1 GTR is coming to a road near you, thanks to Lanzante
McLaren • 22 April 2015
Read More
More