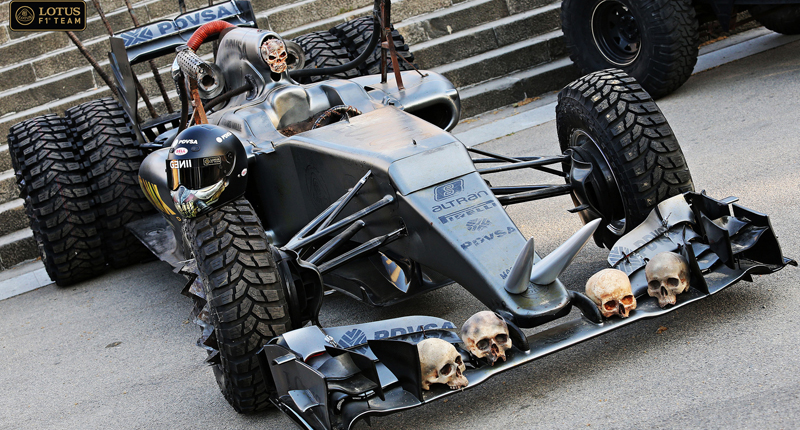 If you think movies only make their money from you shelling out for tickets, think again. Commercial tie-ins have become increasingly lucrative over the years (and increasingly obvious to the seasoned viewer). Cars are no exception and can in fact provide the least jarring examples of product placement.

It just makes sense that Britain’s greatest spy would drive a car with such British evocations. And Daniel Craig fits just as well into the DB5 that Connery drove in the first Bond film as he will into the DB10, a car co-developed between the creators of Spectre (the new Bond movie title) and the car company itself.

Of course, some car tie-ins are about as subtle as an 18-wheeler speeding towards your recently stalled hatch back (as was the case in Michael Bay’s take on the Transformers series).

Instead, we’re after movies with car tie-ins that make no sense at all.

And if they’re completely bonkers at the same time, well, so much the better.

So after a long and exhaustive search, here’s what we’ve come up with: Look at it and revel in its glory. The Lotus F1 team and Warner Bros put this beast together to tie-in with the release of Mad Max: Fury Road, the first new film in the iconic franchise for more than 35 years.

Among the car’s features are flame throwers, front-mounted spikes, a front wing adorned with skulls and off-road tyres.

“Lotus F1 Team is always viewed as a challenger team,” Lotus F1 boss Matthew Carter said on the occasion of the car’s launch. “This car acknowledges the tenacious nature of Lotus F1 Team. No matter what the rules in Formula 1’s future, we are here to stay and compete.”

Now wouldn’t F1 be a lot more exciting if it was really like this?

2. Mazda tries to wedge its CX-5 SUV into the Lorax

If Lotus’ entry above sense is crazy in a good way, this is its antithesis. Dr Seuess’ The Lorax is renowned for its environmental message and is commonly recognised as a fable concerning the danger corporate greed poses to nature. None of that however stopped Universal Studios from cramming in as many corporate tie-ins as it could, including one for Mazda’s 35MPG CX-5 SUV.

Let’s just say that one didn’t go down so well. Anyone who grew up watching the original puppet-starring Thunderbirds knows that Lady Penelope is driven around in a pink, six-wheeled Rolls Royce by a chauffeur called Parker.

Unfortunately for the makers of the 2004 live-action version of the film, the luxury car-maker wanted nothing to do with it. At that point, Ford came to the rescue with its own version of FAB-1.

The new car came with a tinted glass roof and a few tricks not seen in the original, including the ability to travel in the air as well as on land and sea. The initial publicity may have been great, but the film was widely panned (it currently has a rating of 19% on Rotten Tomatoes).

Maybe Rolls was right to steer clear of this disaster. Most car makers are okay with their cars getting a little dinged up during the course of a shoot. During the shooting of Casino Royale for instance three Aston Martins were destroyed for a single scene. As fans of AMC’s The Walking Dead will have gathered though, Hyundai is not one of those car makers.

Its lime-green Tuscon has powered through season after season without even getting a drop of zombie blood on it. Heck it never even breaks down (remember, this is a post-apocalyptic world with car-crippling hazards littered all over the place).

We can’t help but imagine a crazed Hyundai exec cackling maniacally before muttering something about how “they’ll all see” once the zombie apocalypse actually comes to pass. 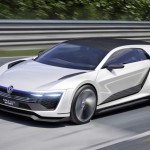