More
Home
Subscribe
Skip
Continue in 10 seconds
Skip
By Staff Reporter
Read nextThe Audi Virtual Cockpit: is this the future of the dashboard? 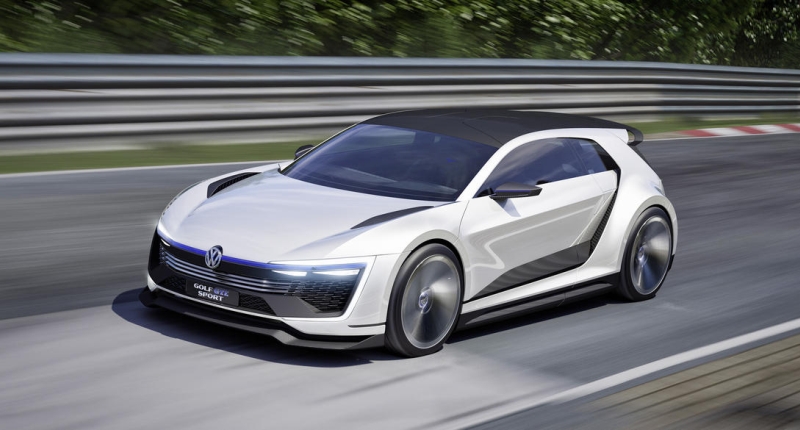 Volkswagen’s having quite a good time in central Europe this week, launching a gaggle of new powertrains at the Vienna Motor Symposium, and now this at its Worthersee Fest. It’s called the VW Golf GTE Sport, and its about the most alluring thing to come from the company’s stylists since the Scirocco.

In many aspects, the GTE Sport concept is a lot like its suave older brother, with a raked roof, oversized doors and massive rear fenders to fit those enormous wheels. And it’s not just a striking bridge between “road cars and racing sports cars,” notes the company — it could easily be a racing car.

Volkswagen’s planning a eco-friendly powertrain good for around 400bhp, which is a lot for something labeled as a “Golf”. That power will come courtesy of a triumvirate of an electric motor at each corner and a turbocharged 1.6-litre four cylinder up front. Power goes to all wheels, which means that it lurches off the line from a standstill reaching 100km/h in just 4.3 seconds. Top speed is around 280km/h.

The interior is geared towards the racer geek too, with gull-wing doors giving way to a carbon-mad cockpit, with separate areas for driver and passenger.

“Like in motorsport vehicles, they sit quite a long way to the back on racing bucket seats with five-point belts. Accordingly, the steering column that is entirely clad in carbon projects a long way into the interior where it appears to float â€“ a further characteristic feature of a rally car or touring-car racer,” notes Volkswagen.

It’s quite an astonishing vehicle, but we’re not too sure if we’ll see it on world roads any time soon. Although it’s a concept, the technologies within the GTE Sport uncovers some of VW’s future design directions. With that said, we should see some properly ingenious cars from Wolfsburg in the years ahead. 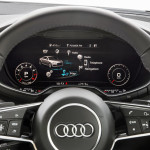 The Audi Virtual Cockpit: is this the future of the dashboard?
Audi • 14 May 2015
Read More
More