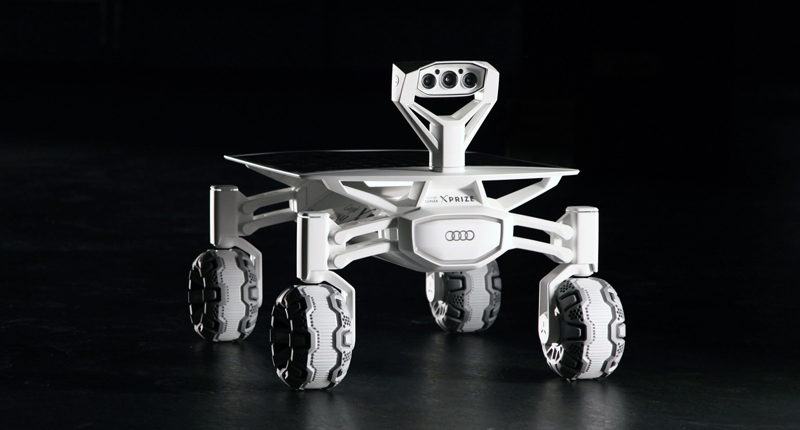 Audi has unveiled the rover which it, together with a group calling itself the Part-Time Scientists, hopes to take to the moon in 2017.

The vehicle has been built as part of the team’s entry Google’s XPRIZE competition to transport an unmanned rover onto the moon. If it wins, the rover will land in the same area as Apollo 17, the last NASA lander to take a human being to the moon, did.

According to Audi, the team will benefit from its expertise in a number of fields, including quattro all-wheel drive and lightweight construction as well as electric mobility and piloted driving.

The US$30-million Google Lunar XPRIZE is a competition to challenge and inspire engineers and entrepreneurs from around the world to develop low‑cost methods of robotic space exploration. To win the Google Lunar XPRIZE, a privately funded team must successfully place a robot on the moon’s surface that explores at least 500 meters and transmits high‑definition video and images back to Earth.

While Audi’s done a fair amount of work on the rover, it says that it was largely developed by the Part-Time Scientists. Constructed predominantly from of aluminum, the lunar vehicle was tested in locations such as the Austrian Alps and Tenerife.

An adjustable solar panel captures sunlight and directs it to a lithium‑ion battery. It feeds four electric wheel hub motors. A head at the front of the vehicle carries two stereoscopic cameras as well as a scientific camera that examines materials. The theoretical maximum speed is 3.6 km/h– but more important on the rugged surface of the moon are the vehicle’s off‑road capabilities and ability for safe orientation.

“With Audi we have acquired a strong partner that will bring us a big step forward with its technological and mobility capabilities,” said Robert Böhme, founder and head of the Part‑Time Scientists. “We look forward to future interaction and a fruitful partnership.”

The Part‑Time Scientists team was initiated in late 2008 by Robert Böhme, who works as an IT consultant in Berlin. The majority of the roughly 35 current engineers on the team come from Germany and Austria. Experts from three continents support the team, including former leading NASA employee Jack Crenshaw from Florida. Supporters of the group, in addition to Audi, include numerous research institutions and high‑tech companies including NVIDIA, Technical University of Berlin, the Austrian Space Forum (OeWF) and the German Aerospace Center (DLR).

The Google Lunar XPRIZE, which started off with more than 25 teams, is currently in its final round. Participants in the competition, in addition to Part‑Time Scientists, include 15 teams from around the world including Brazil, Canada, Chile, Hungary, Japan, Israel, Italy, Malaysia and the United States. 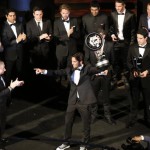