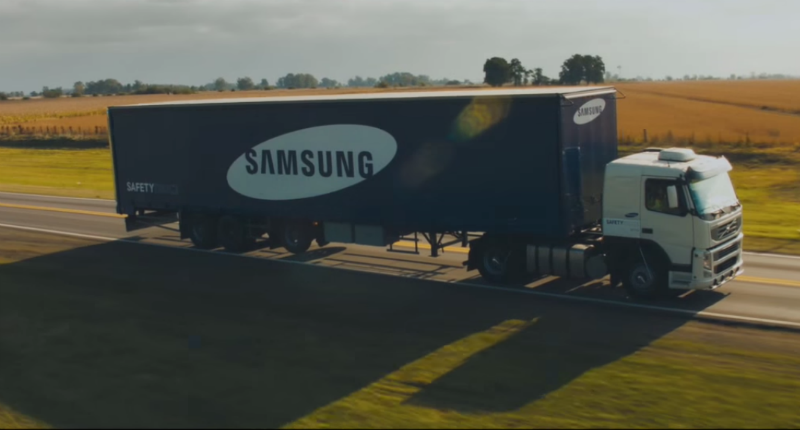 If you have ever tried to overtake a large truck, you understand the fear and danger that follows, especially if you car’s engine is a cute and cuddly 1.5 liters or less. This is all about to change. Well not your car’s engine, but the danger involved with these truck encounters, thanks to Samsung.

Yup, that’s right, the South Korean electronics giant has flipped the switch and is now providing motorists with one of the most valuable super powers known to any childhood, x-ray vision.

Well, not exactly x-ray vision but at least the ability to see what’s in-front of big-rig trucks through a camera in the front which is connected to a screen on the back.

It’s not the most original step taken by Samsung — the idea was originally crafted in 2009 by Russian design house Art Lebedev, the Transparentius concept was thrown into the public’s domain.

Argentina is to blame for Samsung’s efforts into road safety. According to Samsung Tomorrow:

“Argentina’s statistics on traffic accidents are among the highest in the world, with most of these accidents occurring on two-lane roads and particularly in situations of overtaking.”

Armed with these statistics, Samsung has spear-headed the project into testing in order to comply with the existing national protocols and obtain the necessary permits and approvals. A little help from the governments and road safety NGOs, the project has managed to overcome glare and the darkness of night. Four large screens attached to the back of every truck  was never cheap to begin with, so hopefully Samsung isn’t the only company to get on baord the saving human lives express.

Our roads are getting much safer, the global innovations that surround the current transportation sphere are making any motorist tingle. Take a look at Ford’s attempts with V2V communication (Vehicle to Vehicle communication), by connecting cars we create a communication channel, which allows them to exchange information and adjust accordingly. Helping your car understand the road around it through the other car’s updates, like accidents or traffic. Augmented reality through windscreens is another jump to assist drivers, seen in Jaguar models, here and there. Why stop there? Solar freakin Roadways can turn our roads into power sources, that also house wires (minus telephone and electrical polls) and have LEDs that can be programmed to detect animals or just replace the paint used to distinguish the lines on the road. 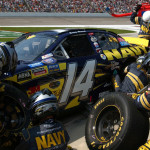