More
Home
Subscribe
Skip
Continue in 10 seconds
Skip
By Richard Bezuidenhout
Read nextWould you actually use the Lotus 3-Eleven on the road? 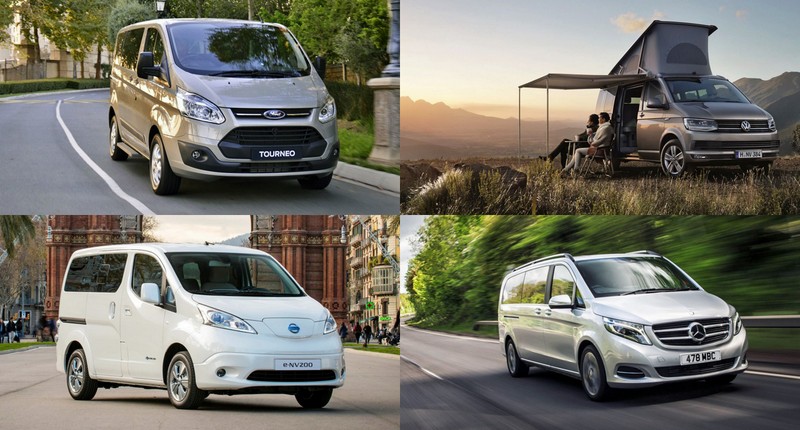 Not too long ago, vans were seemingly reserved for decidedly shady characters.

You know, individuals shiftily trying to hawk clearly stolen goods from the load-bed. Or weirdos hanging around leafy parks offering fistfuls of candy to unsuspecting young children. That sort of thing.

Of course, vans have also long played a crucial role in the commercial sector, where small business owners and delivery services rely on their enviable load-carrying talents.

But manufacturers of these box-shaped heavy-haulers sometimes convert them for people-carrying duties, too. Sure, the resulting “passenger vehicle” products often come across as somewhat contrived – and rarely better than plain-looking – but they certainly do their adopted jobs well, thanks mostly to their general abundance of space.

And it seems this flavour of MPV is experiencing something of a revival, with a handful of new, more car-like versions recently trickling onto the market.

So, we decided to take a look at four of the best van-based people-carriers currently around. Now technically in its third generation, Mercedes says the all-new V-Class “redefines” the MPV segment. It certainly appears to be versatile inside, and can be had with a variety of seating configurations, from four individual “luxury” perches to six-, seven- and even eight-seat layouts.

Of course, these thrones can each be positioned in a multitude of ways, or even removed entirely to transform the luxury V-Class into something approaching a traditional van. The German automaker offers the biggest of its passenger vehicles with a 2.2-litre four-cylinder turbo-diesel engine in various states of tune, with the range-topper hitting three figures in around 9.1 seconds. Just another boring van, right? Wrong. So very wrong. The Volkswagen California, which is indeed based on the Transporter T6, is in fact a fully functioning, factory-built camper-van – and pretty much the only one on the market. Yes, that means it can sleep four occupants thanks to a cleverly integrated (and thankfully huge) bed.

The top-of-the-range model further boasts a fully equipped kitchen, with a 42-litre fridge, a twin-burner hob, and even a stainless steel sink. Who needs a house? All sorts of driver assistance systems are also available, and the VW California can be had with adaptive suspension, too. Both petrol and diesel powerplants are available – in 2.0-litre forced induction flavour, of course – and can be linked to the brand’s DSG transmission and four-wheel drive system. A Driver Alert function comes standard, and helps to make sure the pilot doesn’t stay behind the wheel while excessively fatigued. Which, seeing as the California is kitted out with an actual bed, really shouldn’t happen anyway. In many countries, the Ford Transit is considered the quintessential van. So, what does that make the people-lugging Tourneo, which uses the highly capable Transit as its base? Well, it’s a very practical machine indeed, and can house up to nine (yes, nine!) occupants. Sheer space is without doubt the Tourneo’s biggest strength.

The seats fold flat, and the final row is completely removable, which means the Tourneo can pull off a fair impression of its Transit sibling if the situation requires. The flagship model comes with all sorts of car-like kit, including acres of leather trim, seat-heating up front, and an entirely necessary reversing camera. The front-wheel drive Tourneo – which has a sliding door built into either flank – is powered by a strong 2.2-litre turbo-diesel mill and even incorporates torque-vectoring technology to keep everything pointing in the right direction. And the hefty Ford also boasts a five-star Euro NCAP safety rating, although that test took place long before the programme became as rigorous as it is today. In terms of exterior dimensions, the Nissan e-NV200 lags quite some way behind the other, more generously proportioned vehicles on this list. But it’s certainly not behind in the powertrain department. No, the people-carrying version of the e-NV200 is billed as the world’s first “pure electric” seven-seater.

Of course, those two extra perches (over the standard, five-seater e-NV200) slot in at the rear of the vehicle, and are thus not the most welcoming for anyone loosely described as tall. But they can nevertheless be individually folded and stowed, creating enough loading space for three full-size bicycles (with their wheels in place), according to the Japanese automaker. And even with all seven seats in place, there’s still 870 litres of cargo capacity available. The e-NV200, as one would expect, utilises the same sort of electric power Nissan first unleashed in the Leaf. That means a claimed range of around 170km, and a battery pack that can be charged from zero to 80 percent in just half-an-hour. So, while you wouldn’t be taking the e-NV200 on a cross-country holiday, it’d sure prove efficient on a day-to-day basis around town. 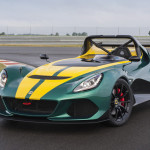 Would you actually use the Lotus 3-Eleven on the road?
Galleries • 30 June 2015
Read More
More