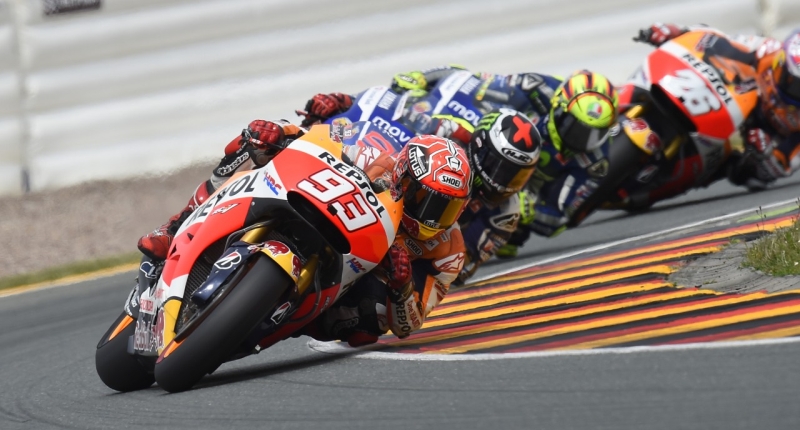 Although we missed a weekend roundup, motorsport certainly didn’t stop.

More importantly, we headed over to the Sachsenring for the last round before the MotoGP summer break and the WTCC circus headed to Portugal after a stint in France.

So, without more ado, here is your weekend motorsport roundup.

In what has been a Yamaha dominated season thus far, Honda made a surprise come back in Germany with Marc Marquez leading Dani Pedrosa in a Repsol Honda one-two. It was the first of the season (a torrid one thus far for Pedrosa) and the second win for Marquez.

Although Marquez is largely out of the title fight — which is squarely between Yamaha’s Valentino Rossi and Jorge Lorenzo — it’s clear that he’s not about to just give up his defence.

In a show of Ross Brawn-like strategy genius, Sebastian Bourdais took his second win of the season at the Milwaukee Mile and his first oval win since 2006 — a near nine-year drought.

It’s the former Champ Car master’s 34th victory overall after he practically dominated the first half of the race. He eventually held off Castroneves (who started 24th and last, mind) after a 18-lap sprint to the flag and got a taste of the champagne once again. Graham Rahal, winner last time out in Fontana, finished third.

Kyle Busch is finding form at just the right time of the season. He took his second win (first on an oval) at Kentucky this weekend, after leading 163 of 267 laps and practically driving past a second placed Joey Logano. That doesn’t happen too often.

Other drivers didn’t have it all their own way though. Danica Patrick took a swipe at Dale Earnhardt, Jr. after the race, after he took her out on lap 206.

The revived Vila Real street circuit is easily one of the world’s most fluent layouts, but it is dangerous, a point that was made very obvious in the second race.

After a massive shunt, the race was stopped on lap 13 after debris was strewn across the track. Qua Ming, keeping the pole position after a reverse race two grid, held off Yvan Muller to take his first victory of the year.

The Formula 1 calendar is growing by two races next season, featuring the return of Germany to the calendar and new arrival Azerbaijan. The latter track to use one similar to that used by the Blancpain GT Championship and winds its way through Baku’s seafront. It will be known as the European GP.

Germany was dropped from the calendar this year citing a dispute between co-hosts Hockenheim and Nurburgring. No venue has been named for the German GP though, so we could possibly see an entirely new circuit wear that banner.

More interestingly perhaps is the late start to the season — Australia will host the first race on 3 April.

6. DTM: BMW makes it a one-to-seven finish (so much for Mercedes’ F1 dominance)

For a manufacturer in a German touring car series to get seven cars into the top seven positions is absolutely no joke. BMW did this this weekend in what was a historic race that was led by Marco Wittman. After that, it was practically all BMW. Previously, we’ve seen a top-five lockout, but never the top seven cars. 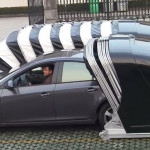