By Wiehahn Diederichs
Read nextHere’s everything you need to know about Blade, the 3D-printed supercar 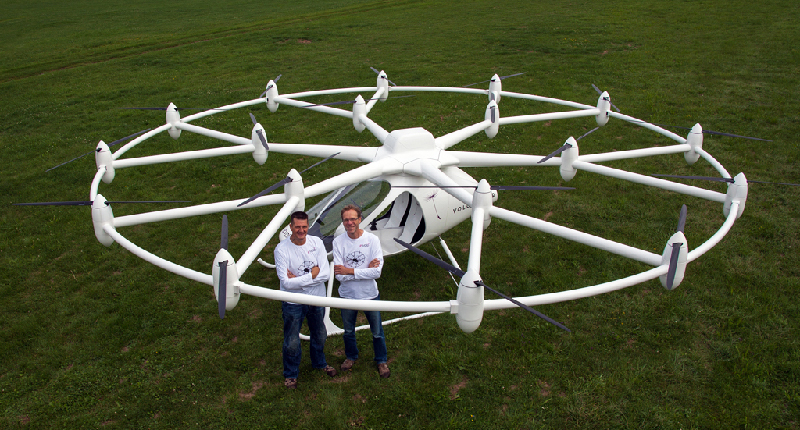 The Volocopter VC200 is German-based company, E-Volo’s, answer to the personal flying machine of the future. If it proves successful and ends up being released to the masses, it has the potential to change the landscape of short distance transportation.

The Volocopter made its first successful remote controlled flight back in 2013. Now the team at E-Volo is working around the clock to program and upgrade the VC200’s computer system for its first manned-flight, which they hope to achieve in the next few months.

According to Wired, if all preparations run smoothly then we just might see this magnificent creation in action at next year’s EAA AirVenture in Oshkosh, Wisc.

Currently in the testing phase, the prototype quadcopter drone consists of a two-seater cabin, a joystick controller and 18 rotors all powered by electricity generated from an on-board battery.

Everything about the Volocopter’s design seems to take the future into consideration.

Its relatively small design makes it perfect for a personal method of transportation. Its 18 rotor system (controlled by a simple joystick) provides it with an incredible amount of stability, making it easier to control than any other manned flying machine available at present. It can also take off and land vertically so it doesn’t require a runway and because it is powered by electricity it is totally emissions free. “The Fact that it was conceived as a purely electrically powered aircraft sets it apart from conventional aircraft. Through the use of its many propellers, the Volocopter can take off and land vertically like a helicopter.” says Zosel.

“A considerable advantage, apart from the simple construction without complex mechanics, is the redundancy of drives, which enables the safe landing of the Volocopter even if some drives fail. The aim is to change the mobility for a lot for people, not only for fun. For transportation and for getting work done.”

The Volocopter is such a unique machine that at the German government had to create an entirely new aircraft class to classify its design. “The Volocopter by E-Volo is a completely novel, vertical take-off and landing (VTOL) manned aircraft, which cannot be classified in any category,” says Zosel.

Initially it was labelled as a “Sport’s Helicopter” but this was dismissed by the German government as it did not fit Germany’s aviation rules and regulations. Now E-Volo is currently in direct negotiation with the relevant aviation authorities to certify the Volocopter and form the rules that will apply to it in the future.

“Our cockpit has a lot of new features,” says Zosel.

“The heart of the system, the electronics, is completely new, and there is more power to the propellers. That process is going forward hand in hand with the certification process”.
At this stage the Volocopter can only manage a flight time between 20 – 30 min on a single charge but the engineers at E-Volo are working feverishly to create a hybrid power system that will be able to push the flight time to just over an hour. Zosel also mentioned that he seriously considering building a larger version of the current design for commercial use, which would be able to fit between four and six passengers.
Here, once again, Zosel will have to negotiate the aviation rules for the proposed design but he is confident that these affairs will be concluded within the next decade.
“New rules will make it easier to sell this kind of aircraft, and there will be a big future market for us” he says.

At the moment Zosel is reluctant to share any photos of the current Volocopter claiming that the project is in “stealth mode”.

But he assures us that when the time arrives for their first manned flight, they “will have cameras everywhere, on the aircraft, in the aircraft, aerial cameras on drones,”

I hope you are right Zosel. I for one can’t wait to see this futuristic flying mechanical creature in action. 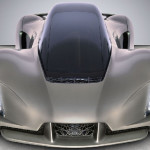