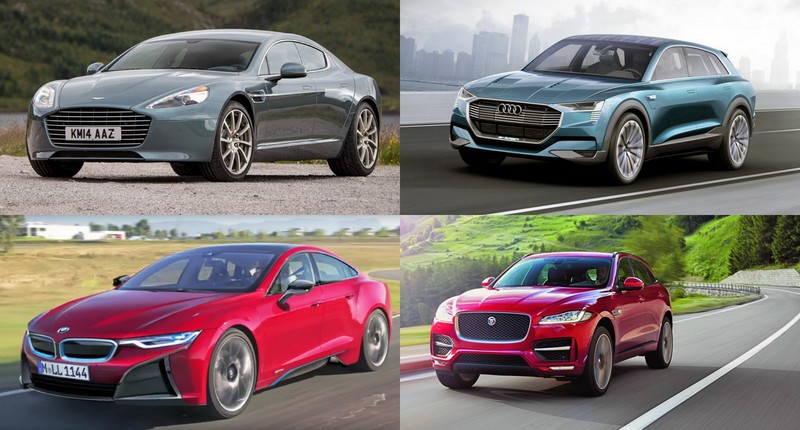 Right now, the Tesla Model S has no direct competitors. Not a single one.

Sure, there are a handful of other all-electric vehicles bouncing around various markets. But none can match the combination of performance, range and outright desirability offered by the ground-breaking Model S.

Yes, the luxury electric sedan is hard to beat both on paper and out on the road. The all-wheel drive P85D model, for instance, has a range of more than 400km, yet can dispatch the zero to 100km/h sprint in an almost unthinkable 2.8 seconds (with the “Ludicrous” speed upgrade, that is).

Thought of a direct Model S rival yet? Nope, nor have we…

Even Tesla’s other upcoming battery-powered products – the Model X crossover and the Model 3 compact executive sedan – will in all likelihood be unique when they eventually go on sale.

Clearly, the California-based company has caught the attention of the world’s major manufacturers. Indeed, there have been numerous reports over the past couple of years of top automakers prepping electric cars to take the fight to Elon Musk and Tesla.

But, as yet, nothing noteworthy has materialised. With that in mind, let’s take a look at planned vehicles from established big-name players that are expected to take on either the Model S or Tesla’s other new models.

Of course, by the time these vehicles are realised – if they are at all – Tesla may have changed the game yet again…

At the Frankfurt Motor Show, Porsche stunned the world when it unveiled the “Mission E” concept, a vehicle it bills as the “Porsche of tomorrow”. This eye-catching all-electric Porsche features four doors and four seats, yet looks decidedly sporty.

Porsche says the concept car features all-wheel drive and all-wheel steering, and makes more than 440kW thanks to two “permanently-excited synchronous motors” (which, in turn, leaves us permanently excited). The dash to 100km/h takes around 3.5 seconds, while 200km/h announces itself on the speedometer in less than 12 seconds.

But perhaps most interesting is the German automaker’s claim that the Mission E concept can be charged via an 800-volt port with enough energy for around 400km of driving range in less than fifteen minutes. You have our attention, Porsche. The Audi e-tron quattro concept, which was also officially introduced in Frankfurt, essentially previews the brand’s first large-scale production electric vehicle. Likely to be badged the Audi Q6, the production version is scheduled to debut in 2018.

And it’ll be going up against the forthcoming Tesla Model X. The Audi concept employs three electric motors: one drives the front axle, the other two power the rear. Total output is somewhere in the region of 320kW, although up to 370kW and more than 800Nm will be temporarily available “while boosting”.

The luxury automaker says the crossover concept zips to three figures in 4.6 seconds, before reaching its electronically governed top speed of 210km/h. The 95kWh lithium-ion battery integrated into the floor of the passenger compartment provides a theoretical range of more than 500km, while a full charge (with DC electrical current at a charging point with an output of 150kW) apparently takes around 50 minutes. We all know the BMW i3 electric hatch and BMW i8 plug-in hybrid sports-car. But rumour has it that the Munich-based automaker is hard at work on the i5, a sedan that will reportedly be available in two forms: a plug-in hybrid and an all-electric version.

If and when the BMW i5 arrives sometime around 2018, expect the all-electric model to employ one electric motor over each axle and weigh considerably less than most vehicles (including today’s Model S) its size, thanks to the extensive use of carbon-fibre.

Of course, since the i5 is by no means confirmed, other details are even more sketchy. For instance, we have no idea what sort of range the German vehicle will offer. But there’s little doubt that it will have the Model S squarely in its sights. While the BMW i5 above is anything but official, Aston Martin CEO Andy Palmer has already confirmed that the British automaker has concrete plans to launch an all-electric version of its stunning Rapide within the next two years.

Since Aston’s current range of vehicles employs a bunch of thirsty multi-cylinder petrol engines, adding an electric vehicle (or two, if the production version of the DBX Concept ends up with a battery option) makes sense as it would potentially allow the brand to meet future government fuel efficiency regulations.

The electric Rapide is expected to send around 600kW to the tarmac via all four wheels, although its likely range of 320km fails to match that of the Model S. And, of course, the Aston will all but certainly cost a packet more than the Tesla. Recent reports suggest that Jaguar Land Rover has already trademarked the moniker “EV-Type”. And that badge may just be reserved for a future all-electric crossover meant to compete directly with the upcoming Tesla Model X.

Indeed, Jaguar chief designer Ian Callum has confirmed that the brand has already started work on electric drivetrains. But the EV-Type – if it does in fact end up being called that – is unlikely to be an all-new vehicle. No, instead Jaguar is expected to base the vehicle squarely on the recently unveiled F-Pace crossover.

Unfortunately, that’s where the rumours end. At the moment, there are no predictions of range or performance figures. With bated breath we wait. 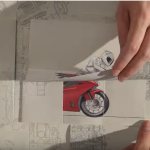