For the African fintech revolution to reach its true potential, interoperability cannot be confined to the continent. It needs to be completely borderless. MFS Africa… 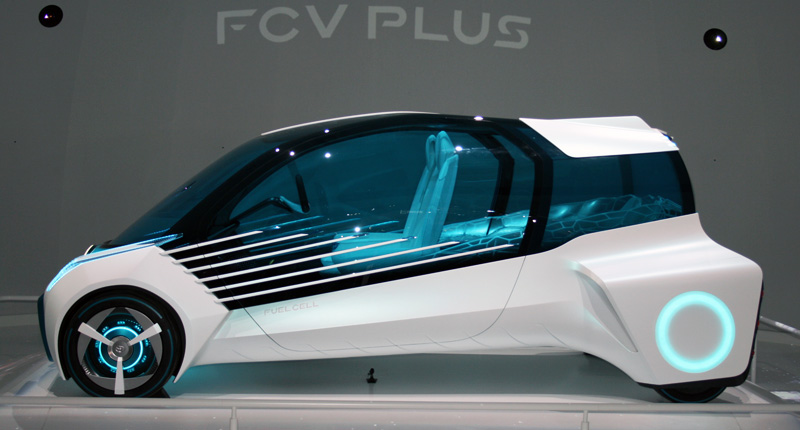 Most major motor shows are dominated by the official unveilings of new production vehicles – essentially models you’ll very soon be able to buy.

But not a certain Japanese event…

No, the Tokyo Motor Show rarely bothers itself with production car reveals. Instead, this biennial exhibition showcases the possible future of the industry via all manner of weird and wonderful concept cars.

But what we’re really interested in is the ideas behind these concept vehicles, and the trails they may well end up blazing.

So, here are four things about the future of driving that we learned from the 2015 Tokyo Motor Show… Back in 2012, the Mazda RX-8 sports-car was put out to pasture, marking the end of rotary-powered models from the Japanese automaker. Yes, while the Wankel engine was a bit of a corker in its time, it did suffer from ghastly inefficiency and a distinct lack of reliability.

Indeed, Mazda did well to commercialise the rotary in the first place, starting with the Cosmo Sport 110S in 1967 and reaching a peak with the highly popular RX-7. But an inability to meet modern emissions standards ultimately saw to its untimely demise.

The Hiroshima-based automaker, however, has high hopes of reviving the rotary, admitting that it has “never ceased its R&D activities”. Unveiling the super-sexy RX-Vision concept in Tokyo, Mazda hinted that a production model could well be officially announced in 2017 to mark the 50th anniversary of the Cosmo Sport 110S.

So, how will the company address the rotary’s traditional flaws? Well, it’s tight-lipped on details for now, although rumour has it that turbocharging may somehow be part of the solution. That, along with the use of lightweight materials and various advances in technology (including engine management), may well help to spark the return of the rotary.

2. Hydrogen is still on the cards

Honda began building the FCX Clarity, a hydrogen fuel cell production vehicle, as long ago as 2008. But in Tokyo this year, the Japanese automaker displayed a version of what will soon become its successor: the Honda Clarity Fuel Cell Vehicle. Thanks to a new fuel cell stack and high-pressure hydrogen tank, Honda reckons its latest hydrogen-electric powertrain will deliver a remarkable range exceeding 700km. And refuelling is said to take as little as three minutes.

Toyota, meanwhile, is also still betting big on hydrogen, following up the launch of its production Mirai with the unveiling of the FCV Plus Concept (as well as the Lexus LF-FC Concept). This futuristic vehicle boasts an electric motor in each wheel, with the fuel cell sited along the front axle and the hydrogen tank shoved in the back. Interestingly, Toyota says the concept could also be powered by a heftier external tank, allowing the vehicle to serve as a generator for the home. Indeed, it could thus even be used to send excess power back into the grid.

What will the next generation of young car-buyers be looking for in their vehicles? You guessed it: the ultimate in connectivity. And Nissan is keen to surge ahead in this digital race with the unveiling of the oddly named “Teatro for Dayz” concept in Tokyo. This electric show car is aimed at people the Japanese automaker has branded “share natives” – young folk who spend much of their time connecting with others online and sharing their experiences.

How would it appeal to these kids (besides through the somewhat forced use of the letter “Z”)? Well, pretty much the entire interior of the little car – from the dashboard to the door trims, and even the seats – is covered by LED screens, which is apparently a typical share native’s wet dream.

Of course, these screens are connected to your favourite social media platforms only when the vehicle is parked. When it’s on the move, however, they can be used to personalise the driving experience, allowing the placement of various readouts (such as navigation or traditional instrument clusters) virtually wherever the driver pleases.

4. Everyone wants to go autonomous

There’s little doubt that the self-driving vehicle will one day become a reality. But we won’t plunge headlong into a world of vehicles missing steering wheels and pedals without first developing autonomous driving aids. But, it seems, everyone wants a piece of the long-term pie.

Mercedes-Benz pulled the covers off its Tokyo Vision concept, a re-interpretation of the F 015 Luxury in Motion show car unveiled earlier this year. Essentially a self-driving lounge on wheels, the latest version of the concept features a wraparound couch, LED displays on the interior surfaces, and even a holographic entertainment system. Nissan, meanwhile, has made no secret about its aim of putting a self-driving car on the road by 2020, and its IDS concept is the latest step towards that reality. The concept apparently boasts artificial intelligence capable of learning various driving styles (essentially imitating its owner), while the interior layout changes according to which driving mode – manual or piloted – is selected. The Lexus LF-FC concept also features new automated driving technologies, including traffic environment recognition as well as a prediction and “judgment” function. The luxury arm of Toyota says the LS-previewing show car “supports the vision of a world without traffic accidents”. 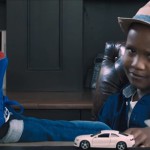