By Andy Walker, former editor
Read next8 concept cars from 2015 that unquestionably need to be built 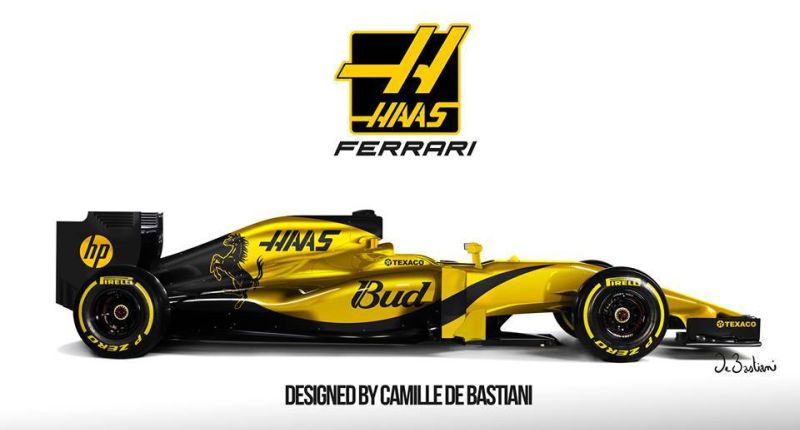 It’s quiet for now on racetracks across the world, but that doesn’t mean there isn’t any news to report. We cover some of the more interesting topics from the world of Formula 1, NASCAR, MotoGP and the World Endurance Championship circuits.

1. Formula 1: have a look at Haas F1’s possible livery, and try not to gawk

There are a few contemporary liveries that send a few chills down the spine, but new American team Haas’s entry to the 2016 field is undoubtedly one of the prettiest.

Spotted in a mock up, it seems that the team will be going for a gold and black scheme with a large Ferrari prancing horse emblem on the engine cover.

It’s quite a piece of work. But don’t get too excited just yet. It’s simply Camille de Bastiani’s (a prominent French F1-inspired graphic designer) take on what Haas should do.

Mercedes’ technical director Aldo Costa suggests that the 2017 rule changes is not going to solve F1’s entertainment problems. The rules initially drafted will ensure cars are around six seconds faster per lap around some circuits, with larger tyres and engines producing in excess of 1000bhp.

He labeled them as “wrong for the show” suggesting that they’ll only serve put teams and engineers under pressure. A snippet of his statement can be read below:

As engineers we feel we have done quite a lot for the car being able to overtake, with the previous rules and the current rules. By going to a car that has an enormous amount of downforce and a very complex aerodynamic shape, in our opinion it will make overtaking more difficult.

That’s our fear at this moment. We cannot demonstrate it, but are expressing that in the technical meetings with the FIA and the engineers in the other teams.

So that’s the discussion: What’s the best rule change for improving the overtaking, but meeting the target of having these faster cars?

Porsche is going all guns blazing for the LMP1 class of the World Endurance Championship, after it announced that it will be scrapping its GTE programme. The GTE and GTE Pro classes see GT cars compete alongside the prototypes in endurance racing, and also serve as stellar marketing opportunities for companies like Ferrari, Aston Martin, Chevrolet, and Porsche. The latter however wants to focus entirely on the upper echelon and retain its WEC Constructors’ crown.

Although this means that Porsche won’t be involved on a manufacturer works level, other privateers, like Proton, will be using Porsches to compete in the Championship. Porsche is also trying to enter two factory GTE Pro cars into Le Mans 2016.

Sam Hornish Jr. will not be returning to the NASCAR Sprint Cup in 2016 to race for Richard Petty Motorsports, but his seat will be occupied by 27-year-old newcomer Brian Scott. The Xfinity Series driver will get his chance to shine in NASCAR’s top division alongside Aric Amirola.

According to World Champion Jorge Lorenzo, the MotoGP 2016 field is set to be around half-a-second slower than current pace, thanks to a combination of new tyres and electronic control kits.

Michelin replaces Bridgestone as official tyre supplier, while it’s the new Magneti Marelli electronic control units (ECU) that Lorenzo calls “less sophisticated” than the outgoing ECU, and has him worried.

Speaking to Autosport, Lorenzo described a rather scary bundle of issues with his Yamaha:

To be honest, the first day I tried the bike with the new electronics, at Valencia, I got scared: the software was not up to scratch practically on any sector of the track.

The rear wheel tended to lock for something that was happening in the engine, and sometimes traction control did not seem to come into action.

The electronics engineer tried to calm me by explaining that it was just the first day, that all the system needed to be finetuned and that on the second day the engine would have already performed at least at 70 per cent of the level of the bike during the season. 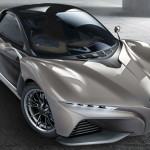