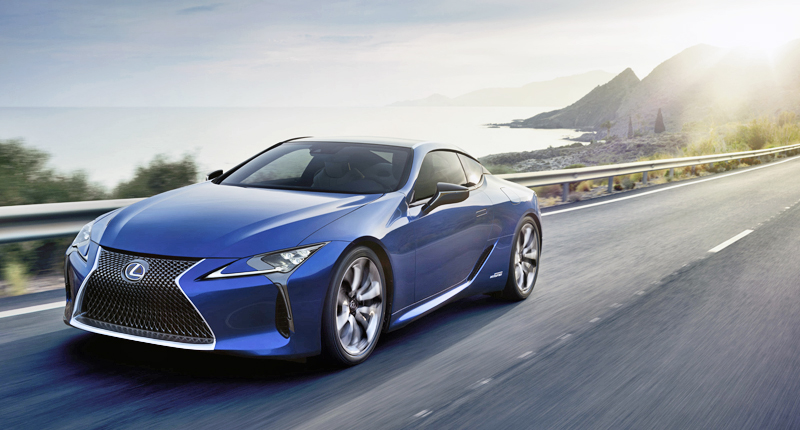 We won’t deny it: we reckon the recently unveiled Lexus LC 500h is an absolute belter in the looks department.

Yes, this hybrid coupe – just like its purely petrol-powered LC 500 sibling – has curves in all the right places. As with the LF-LC concept car that preceded it, the LC 500h is all sweeping lines, angular lighting elements, and oversized alloys.

But, wipe the drool from the side of your mouth and peer beneath the tightly wrapped skin, and you’ll soon realise that this pretty much perfectly proportioned Lexus coupe has the brains to go with its beauty.

Of course, most modern cars – even that budget-beater your penny-pinching neighbour just purchased – depend on all manner of clever bits-and-bobs to function properly. Cars certainly have moved along in the brains department in the past few years. But the latest hybrid from the Toyota-backed luxury brand is a little different. You see, this svelte coupe debuts something the Japanese automaker calls a “Multi Stage Hybrid System”, which it says was specifically designed for its performance vehicles. The objective of this new technology, in short, is to banish the strange “rubber band” feeling during acceleration (read more about it here) that puts so many people off the continuously variable transmission (CVT).

Of course, automakers have long been trying to make the CVT feel more like a traditional (and, ultimately, less efficient) torque converter or dual-clutch transmission, programming in “virtual gears” and adding artificial shift-shock. All apparently in the name of sportiness. And Lexus has a similar intention with its new system, saying it wants to deliver an “engaging driving experience by closely aligning engine speed with throttle inputs”.

This is something virtually all manufacturers have failed – most of them, miserably – to achieve. So, how does the multi-stage system go about tackling the challenge? Well, while it still employs a petrol engine (in this case, a 3.5-litre V6), an electric motor, a CVT, and a lithium-ion battery pack, an Aisin four-speed automatic gearbox (mounted at the rear of the hybrid transmission) is also added to the equation.

In “M” mode – which allows driver-initiated shifting – the CVT features three simulated steps. The first three cogs in the planetary gearbox, meanwhile, effectively multiply those to nine, with the final (i.e. fourth) mechanical ratio acting as an overdrive. So, in theory, the LC 500h boasts a ten-speed transmission in this mode. The automaker says all of this is managed by a Power Control Unit that allows each shift to be completed in less than 100 milliseconds.

“The electric motor generates better acceleration feel than a conventional engine, and adding physical gears more closely aligns engine rpm with the driver’s inputs. The result is a much more direct connection between the accelerator pedal and vehicle acceleration, and 0-100km/h times well into the sub-five-second range,” says Lexus.

The engineers have also managed to make the electric motor and lithium-ion battery smaller and lighter, effectively offsetting the added weight of new four-speed transmission. Of course, the LC 500h is still a hybrid, with the Japanese automaker saying the new setup allows it to achieve the “best possible balance of power and fuel consumption”. Indeed, when not in “M” mode, the LC 500h will likely feel rather like the brand’s current hybrid models, naturally taking smaller sips from the fuel tank in the process.

So, ultimately, Lexus promises that this new powertrain will feel “sportier” than most people might expect. In fact, the automaker goes as far as to say it will be “a revolution” in terms of how we experience hybrid vehicles.

If that is indeed the case, the new Lexus LC 500h may just end up with a set of on-demand driving dynamics capable of matching its sexy, sporty looks. All thanks to its new, brainy transmission 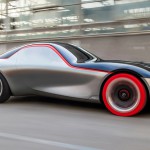