More
Home
Subscribe
Skip
Continue in 10 seconds
Skip
By Hadlee Simons
Read nextMax makes history, but who are the other youngest F1 winners? 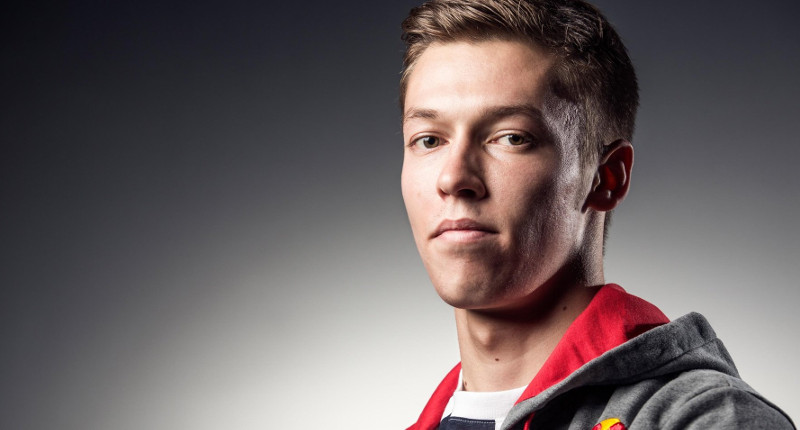 It must come as a bitter blow for Red Bull driver Daniil Kvyat to hear that he would be swapping race seats with Dutch teenager Max Verstappen from the Spanish Grand Prix onwards.

The news broke just a few days after a disastrous Russian GP for Kvyat, that saw him collide with Ferrari’s Sebastian Vettel twice on the first lap. Of course, no-one remembers that the Russian scored a podium in the previous race…

Still, things could be worse than a return to Toro Rosso for Kvyat. He could be one of these former drivers that were unceremoniously ejected from a Red Bull-backed race seat…

One of the brighter young prospects in Red Bull’s earlier years, Christian Klien actually drove for Jaguar in 2004, a year before the team became Red Bull Racing.

The Austrian made a solid impression in his first and second years, being Mr. Reliable and sharing the 2005 race seat with Vitantonio Liuzzi. In fact, Klien gradually took over Liuzzi’s race seat during the course of the season owing to his performances.

Unfortunately, lacklustre performances in the 2006 season resulted in Klien being dropped by Red Bull.

Scott Speed made for a seemingly suitable fit at Red Bull (appropriate name aside), as the team presumably sought to capitalise on the PR of having a US driver.

Cheap Speed-related jokes aside, the American racer didn’t do much to impress in his two seasons (2006, 2007) with Toro Rosso and was dropped following the 2007 European Grand Prix. In fact, Speed was allegedly assaulted by team head Franz Tost after the disastrous race – a claim Tost denies.

The former Toro Rosso driver has since competed in NASCAR and the first season of Formula E. The latter was largely uneventful, but Speed did manage to take a patriotic second position at the Miami race.

One of the more recent casualties of Red Bull’s driver academy, Sebastien Buemi is another driver that perhaps could’ve benefitted greatly from an additional season in the cockpit.

A member of Toro Rosso for three seasons (2009, 2010, 2011), Buemi was partnered up with Jaime Alguersuari, besting the young Spaniard in two out of the three seasons (2009, 2010). Unfortunately, both Buemi and Alguersuari were replaced for the 2012 seasons by Jean-Eric Vergne and Daniel Ricciardo – although Buemi was a Red Bull test driver until 2015.

Buemi has excelled outside F1 though, taking a close second in the inaugural Formula E championship and, more importantly, winning the 2014 World Endurance Championship with Toyota.

Red Bull has employed a few drivers named Sebastien/Sebastian, but Bourdais might be the most disappointing of the lot. No shame in that, really.

Excelling in IndyCar/Champcar is by no means an indicator of success in F1. For every Villeneuve and Montoya, you have De Matta and Zanardi. Unfortunately, French driver Bourdais fell into the latter camp.

Bourdais had the misfortune to be teaming up with Vettel in the 2008 season, a year which saw the young German break out in a big way. His second and final year saw him being replaced in mid-season by Jaime Alguersuari. A rather disheartening end of an F1 career for the four-time ChampCar champion.

Another talented Frenchman formerly under Red Bull’s wing, Vergne established himself as a capable force at Toro Rosso.

After initially beating teammate Daniel Ricciardo in their first season together in 2012, the Australian returned the favour in 2013 and beat Vergne. This proved to be a crucial season, as Ricciardo was then promoted to the Red Bull A-team.

Vergne managed to outscore Daniil Kvyat 22-8 in their only season together in 2014, before Vergne was dropped to make way for Max Verstappen and Kvyat was promoted to the A-team for the 2015 season. While he’s not under the Red Bull umbrella anymore, Vergne is still associated with F1 as a test driver for Ferrari. 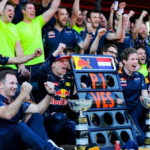 Max makes history, but who are the other youngest F1 winners?
Racing • 16 May 2016
Read More
More