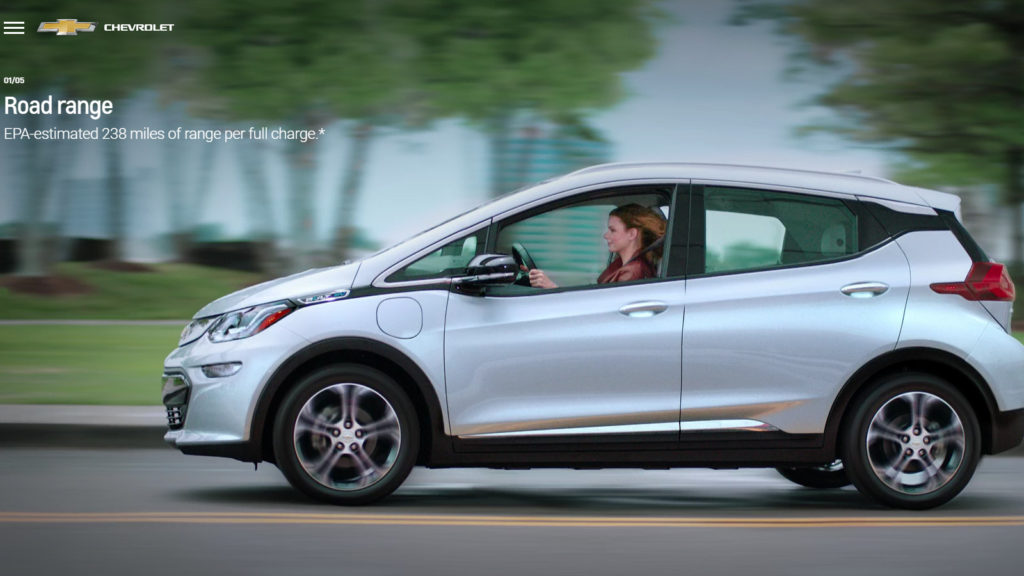 Tesla’s Model 3 gets all the headlines, being marketed as the first affordable electric car from the US manufacturer. But General Motors and the Chevrolet Bolt have beaten Tesla to the punch though.

The auto giant revealed the production version of the Bolt earlier this year, claiming it will be delivered later this year at an expected price just below US$37 500. By comparison, the Model 3 has a US$35 000 price tag and is only available in “late 2017“. Chevrolet and GM claim 238 miles according to EPA estimates, while Tesla is touting a 215 mile maximum range.

Should you go for the Bolt then? Well, US journalists took part in a Bolt test drive recently and the results have largely been positive. Granted, the route was a GM-approved one for the most part, but it does bode well for the vehicle.

“I saw even more driving a pre-production Bolt down the California coast from Monterey to Santa Barbara. I put the car in park having added 239.9 miles to the odometer, and the range indicator said the battery had another 23 miles to go,” wrote Alex Davies for Wired.

Davies said “at no point during the day” did he feel the need to back off to save juice, adding that the vehicle was “remarkably spacious”.

Joseph Capparella of Car and Driver wrote that he employed a mix of hypermiling techniques and normal driving techniques during his test drive. The drive also saw a “fair amount” of traffic and cool weather (the latter meaning no air conditioner was needed), working in the vehicle’s favour.

“This combination of efficiency-boosting factors meant that the indicated range number — which had started out at 225 miles — didn’t budge for the first half of the trip. After driving around 100 miles to our lunch stop, the indicated range remaining was still hovering just below 200 miles,” Capparella observed.

“As it turned out, there’d been no reason to worry. When I arrived in Santa Barbara, having driven 237.8 miles, the Bolt’s display showed 34 miles of range remaining.”

What about the actual experience?

Jordan Golson of The Verge said it feels “ordinary” in a good way, explaining that it felt like driving any other car. The writer added that the car gives you a colour-coded indication of how green your driving style is.

“But thanks to the hefty battery, you really don’t have to worry. Driving style will matter most to what range you actually get, but using the heat or air conditioning, outside temperature, and the terrain all play a factor as well. On my drive, an admittedly controlled one thanks to the precise directions issued by Chevrolet’s PR department, I managed to cover 236 miles and the car claimed I could go another 38 miles before I ran out of juice,” read an excerpt of the article.

This sentiment was shared by Christian Seabaugh of Motor Trend, saying the car felt “refreshingly normal” throughout the experience.

Writers noted that the Chevrolet Bolt felt like any other car

“Many automakers that produce electric cars tend to go out of their way to implement features that remind the driver they’re driving a car running on electrons… The Bolt doesn’t have any of that. The start/stop switch, the gearshift, the cupholders — everything is where you expect it to be.”

What about range though?

“A few short hours after setting off, we rolled into our lunch stop. I’d travelled 104.5 miles, and the range meter (which, along with the rest of the car’s infotainment suite, I’d love to talk about more, but I can’t because Chevrolet made me promise not to) indicated that I’d only used 60 miles worth of range from the battery with 170 miles of range left.”

Much like the Car and Driver writeup, Seabaugh noted that the uphill section saw a big dip, with only 32 miles left on the range meter when he reached the top.

“Doing little more than coasting down the grade in Low, I managed to regain 18 miles of range. Guess who wouldn’t be late for dinner after all?”

How many more miles could the car cover at the end of it all? Seabaugh wrote that he had 38 miles left on the clock. 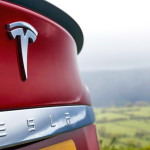