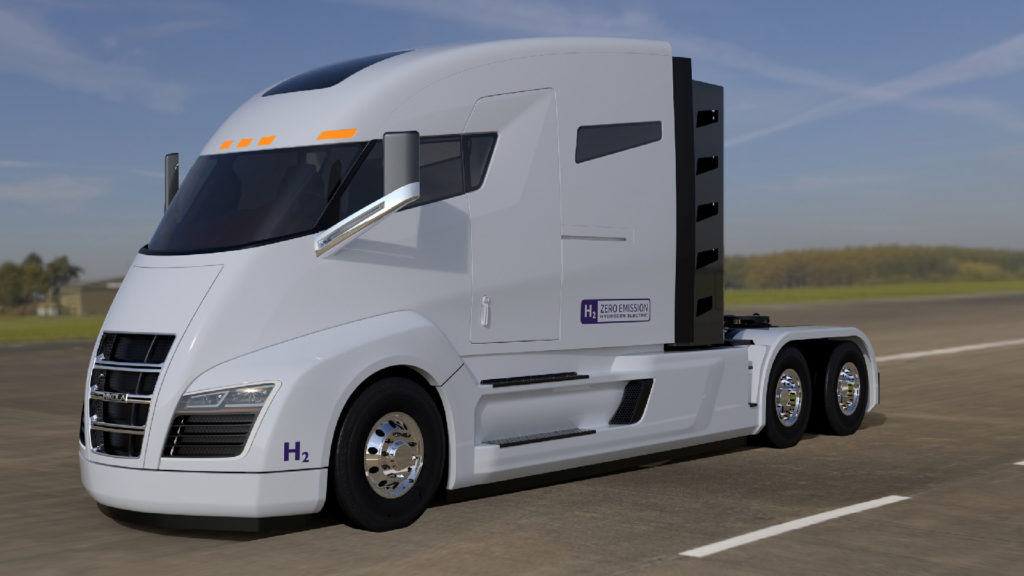 For quite some time now scientists and engineers have been looking into hydrogen fuel cells as a strong alternative to gasoline and diesel. These fuel cells pose many benefits such as being emissions-free, being produced from renewable resources, running silently and having easy maintenance.

But even though this is a promising solution, there is still one problem preventing the large scale use of hydrogen powered cars and that’s infrastructure.

No one will buy a hydrogen car without being able to easily refuel it and because of the lack of demand; no one is willing to implement a hydrogen refuelling infrastructure with no consumers to profit from.

Well it seems now that there is someone who is willing to take the risk. A few weeks ago in Salt Lake City, a startup truck manufacturer, known as the Nikola Motor Company, revealed their latest design, an 18-wheeler named the Nikola One.

The truck packs quite a punch, it seems

The Nikola One semi-truck is powered by a 320kWh battery that, when filled up, has a driving range of up to 1200 miles, produces 1000 horsepower (twice that of a diesel truck) and has 2000 feet/lb of torque, meaning it will accelerate considerably faster than a diesel truck. The truck also boasts regenerative braking and a hydrogen fuel generator that keeps it charged while on the road.

Nikola plans to release the first trucks around 2020, partnering up with manufacturing company Fitzgerald to build the first 5000 vehicles. They will lease out the trucks for between $5000 and $7000, also notably adding that the first seven years or million miles of hydrogen fuel will be provided gratis.

According to Nikola Motors, they are currently in talks with many state governments to plan the building of a one billion dollar assembly plant that will be able to produce as many as 50 000 trucks per year.

But that brings us back to the question: what about the fuelling infrastructure, one of the greatest hurdles to overcome? Nikola says that it will take up the reins of responsibility and, through vertical integration, produce and distribute its own hydrogen. The company will provide this fuel via 364 hydrogen stations they plan to build across the US and Canada over the next ten years.

These stations’ stocks will, according to Nikola, be replenished by their very own solar farms.

According the Nikola CEO, Trever Milton, these stations will be located about 400 miles apart, meaning that with the Nikola One drivers, with their truck’s fuel range of 1200 miles, can hit the road with peace of mind. Milton explains that these calculations are based on analysis of common trucking routes.

Refuelling infrastructure is arguably the biggest issue facing green vehicles right now, but Nikola is working on a solution

Another hurdle that Nikola might potentially face is the Trump administration. While Obama’s EPA strongly supported the implementation of a hydrogen fuel infrastructure, many advocates of clean fuel and energy feel that President Trump won’t share the same sentiment.

This is a fairly ambitious endeavour with some large promises but the Nikola Motor Company hopes that it will inspire others to follow in their footsteps, so to speak, to creating pollution free roads.

Beyond the Nikola One, the company is also planning to release a smaller short-haul semi, namely the Nikola Two, and an electric off-road vehicle called the Nikola Zero. 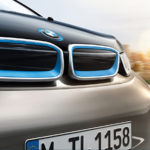