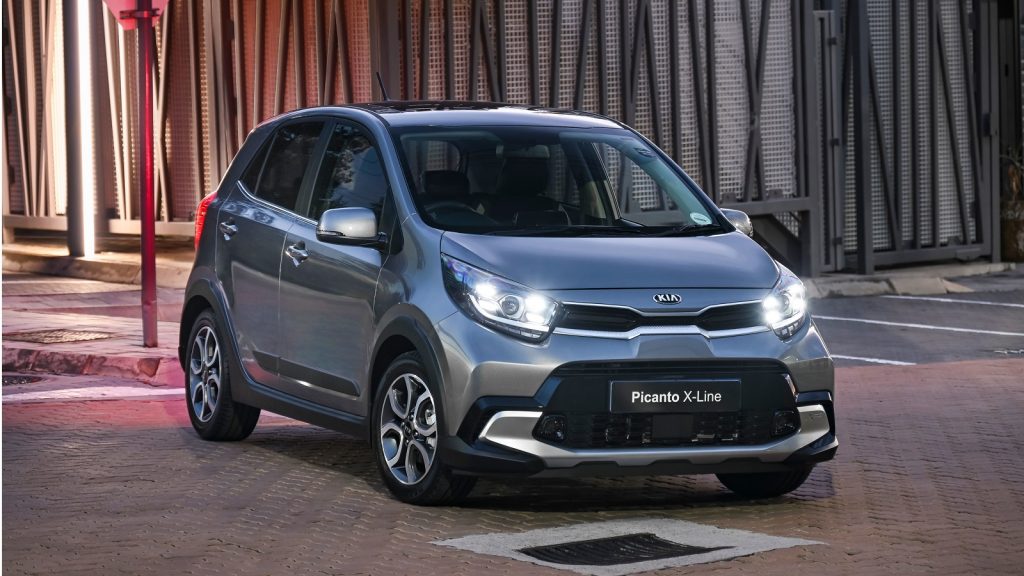 Recognising that customers are attracted by pseudo-crossover styling details, Kia has sourced some new components to distinguish the X-Line variants from other Picantos.

Keen followers of all things Picanto will immediately notice that the standard radiator grille and bumper have been replaced by slicker designs.

Framing the reshaped grille are LED headlights. Meanwhile, at the rear there are LED tail lights too, completing the look of these premium Picantos.

As with all hatchbacks that have attempted the pseudo-crossover styling theme, the Picanto X-Line has comprehensive cladding along its sides. The plastic protective covering runs all long the wheel arches and lower bodywork, below the doors.

Its purpose is to protect the bodywork. Considering how many venues in South Africa have a bit of gravel road to their access point, this is a great feature.

The X-Line also has mud guards, which are an oddity on a modern compact hatchback. Although considering how much rain South Africa has enjoyed of late, these should work a treat, especially if you have to travel on muddy gravel roads.

Rolling the Picanto X-Line along are 15-inch alloy wheels that feature an eight-blade design.

Powering the X-Line is Picanto’s more potent 1.25-litre four-cylinder petrol engine, which is good for 61kW and 122Nm. Available gearbox options are either a five-speed manual or four-speed automatic.

Beyond its more striking exterior styling, the Picanto X-Line also has a slightly improved cabin.

Dual-tone artificial leather upholstery is contrasted by a redesigned 8-inch infotainment screen, compatible with both Apple CarPlay and Android Auto.

If the idea of a Picanto with mud flaps and some crossover styling upgrades appeals to you, Kia is marketing the new X-Line version of its smallest car at R237 995 for the 1.2 manual and R251 995 for the auto. 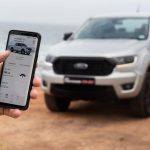