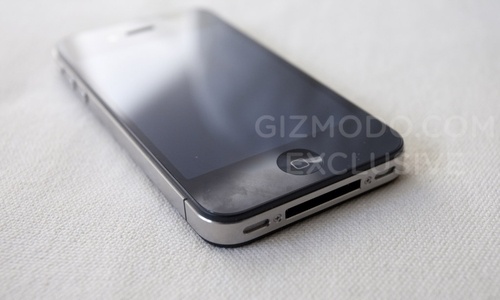 US technology blog Gizmodo has got its hands on what it believes to be the next iPhone. According to the blog, the iPhone prototype was apparently found “lost in a bar” near Apple’s headquarters, camouflaged to look like an iPhone 3GS.

The authors of Gizmodo report they were initially sceptical, but after “playing with it for about a week—the overall quality feels exactly like a finished final Apple phone”. Disassembling the phone provided further evidence of its authenticity.

The site’s sources say that Apple is indeed reporting that it has “lost” a prototype and that “they want it back”. However there are reports that indicate Apple did not accidentally lose the phone and considers it “a stolen unit”.

This is either one very clever, carefully staged publicity stunt or CEO Steve Jobs will be fuming at what would be an unprecedented and rather silly slip-up by Apple — a company known for an almost paranoid secrecy around its new gadgets.

On the Gizmodo blog Jason Chen writes: “We get false tips all the time, but after playing with it for about a week… there is so much evidence stacked in its favour that there’s very little possibility that it’s a fake… in fact, the possibility is almost none. According to Gizmodo, the key changes to the iPhone are:

More on the Gizmodo exclusive here