More
Home
Subscribe
Skip
Continue in 10 seconds
Skip
By Jacobus van Eeden
Read nextImpressions of Apple’s iOS4: Is it worth the upgrade? 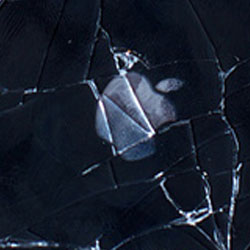 The new iPhone 4, Apple’s latest installment of their acclaimed smartphone, seems to be having a less than ideal launch, with consumers around the world reporting bugs and issues with the new device and its operating system.

Most prominent among these seem to be that the iPhone 4 has some serious antenna issues, in some cases it loses signal completely if held in a specific way. This is particularly acute for left-handed people. Various videos have popped up all over the web showing the phone’s signal bars dropping as the antenna area is touched. Mashable reports that it appears to be an inherent flaw in the design of the antenna that forms part of the phone’s metallic sides.

Social media blog Mashable reports that Apple boss Steve Jobs has been responding directly to some press enquiries about the iPhone 4’s issues. His responses, unusually direct and fast, if not a bit cryptic, have included one-liner emails like: “Just avoid holding it in that way”. Apple store employees are reportedly telling consumers to buy a case for the phone to avoid finger contact with the antenna, which apparently fixes the problem. So — not terribly convincing responses from the world’s most valuable listed technology company then.

The issues don’t end there. There have been various cases where a “yellow discolouration” on the screen has been reported, although this apparently fades away after a few days. An Engadget source seems to know why:

Apple is using a bonding agent called Organofunctional Silane Z-6011 to bond the layers of glass. Apparently, Apple (or more likely Foxconn) is shipping these products so quickly that the evaporation process is not complete. However, after one or two days of use, especially with the screen on, will complete the evaporation process and the yellow “blotches” will disappear. How do I know? I was involved in pitching Z-6011 to Apple.

But one of the biggest issues so far, apart from the discolouration and buggy antenna, seems to be that the new all-glass iPhone is inherently fragile, with its glass back shattering easily if dropped.

Apple seems to have replaced some of these shattered phones, with gadget blog Gizmodo reporting that “50 iPhones” have been replaced by the company so far. Gizmodo reports that apparently an Apple store employee said the company “won’t be replacing any more units”.

There seems to be some serious questions around Apple’s new iPhone, and this is in marked contrast to previous iPhone launches where there has been nothing but acclaim and very little criticism. But will this hold back Apple fanboys around the world from spending their food-money? Unlikely.

Read More
Impressions of Apple’s iOS4: Is it worth the upgrade?
iPhone • 26 Jun 2010
Read More
More