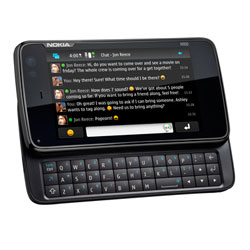 Can one truly have a pocket sized netbook and a phone in one package? Or does one function fall by the wayside in favour of the other? Memeburn took a look at the Nokia N900 to see if it makes the grade as a netbook/phone hybrid.

At first glance the N900 seems impressive. It has a 600MHz Arm Cortex CPU, 256MB of ram and 32GB of onboard storage, with a high resolution, crystal clear 3.5in screen. Naturally, it also has all the basics for a smartphone of this calibre, which means 3G, Bluetooth 2.0, USB connector, and 802.11g wi-fi. The N900 even has a built-in FM transmitter for listening to your music over your car stereo wirelessly. But does this combination make for a decent phone and a usable netbook?

At first glance the answer is yes. It does look great when you first power it up, the screen really is pin point sharp and it looks gorgeous, but when you start handling the phone, then doubts begin to creep in. Firstly, it feels very plasticky, almost like the inside of a Corsa Utility van. In itself this isn’t a bad thing, but as an Apple user I’ve become used to that solid metallic feel that my iPhone has. Apart from the nice smooth screen the rest of the N900 just doesn’t feel solid.

The screen, on the other hand, is a pleasure to look at and it’s almost hard to imagine that it could be that sharp and clear on such a small device. There literally wasn’t a single page or menu I browsed to where something was hard to read or see. However, there is no multi-touch for fast-pinch zooming, which made browsing the web a pain. Gestures are supported, however, but getting the gestures to work right is harder than just going the long way round. There also isn’t a portrait rotation mode, which is something that I’ve become used to and really missed while using the phone. A final note on the screen is that I eventually just used a stylus on it. I feel that a touch screen should work 100% while using your fingers, no stylus required, which simply isn’t the case with the N900.

The quality of calls was fine and, while some menus might be overly complicated, it’s also one of the upsides to this device. When it comes to phoning people, one Nokia is just as good as any other; but this phone is so much more than just a phone, and that’s what makes it great. The phone runs in Maemo, a fully fledged Linux-based operating system, and I believe this is the edge that makes it a great device. This means that it isn’t as closed as IOS on iPhone or Android. Maemo uses the Linux repository system for installing and updating its apps, which in turn means that you simply add the url of a repository and the available software library is added to the built-in app manager, ready to install.

This might not sound like something revolutionary, but go ahead and install Easy Debian and now your phone can run any number of normal Linux desktop apps like OpenOffice or browsers like Firefox. This does have a performance impact but it shows you what the possibilities are with this phone. For example, you could install any number of audio and video codecs like Xvid, Ogg etc., that wouldn’t usually come as standard and would mean that after you’ve downloaded a music video from the web, there would be no need for any kind of file conversion.

Also, while there might not be that many games available for Maemo yet, there certainly is potential for it. With its open architecture and the processing power to match it, one should start seeing some great things emerge for the platform in the future. The N900 might not be an iPhone killer, and it might not be a perfect Netbook/Phone combo yet, but with the Maemo operating system Nokia has laid the groundwork for a great range of devices in the future. 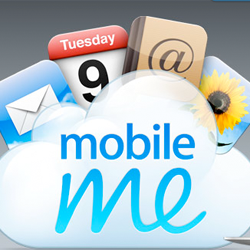