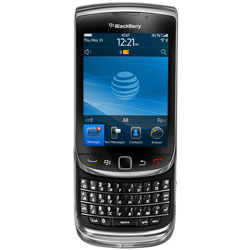 Research In Motion’s (RIM) unveiled their latest creation, the Blackberry Torch 9800, to an expectant consumer market on Tuesday at a private launch event in New York City.

Available exclusively on the AT&T network, RIM’s new flagship device will compete head on with Apple’s iPhone. The Torch combines touch-based features similar to the iPhone with a physical Blackberry keyboard and rounds it off with a few unique touches.

The refreshed Blackberry OS 6 makes its first official appearance on a Blackberry device and, with a renewed focus on user interface design and social features, all the signs are there that it will be a compelling option for consumers. Its previous touch screen consumer offerings, the Storm and Storm 2, weren’t runaway success stories, so the launch of the Torch is an important milestone for a company aiming for redemption in a market where Android and iPhone consumer devices dominate the landscape.

Two of the biggest hurdles for RIM to conquer have been the number of available applications on the Blackberry platform, and the web browsing experience. Over the last 16 months RIM has been hard at work addressing these problems. With the inception of Blackberry App World in 2009, new developer programs and a fresh WebKit browser, the Torch can now proudly get in the ring with the heavyweights of the smartphone world.

On a technical level, the Torch offers three input choices via the 3.2-inch 480 x 360 pixel capacitive touch screen, a physical keyboard and an optical trackpad. It packs a 624 MHz processor, 512MB Flash memory and 4GB built-in storage capacity, with an extra 4GB SD card included in the box. The Torch also has a great 5 MP camera with flash and auto focus, built-in GPS, Wi-Fi, and has 3G HSDPA support.

On the software side, OS 6 promises a few enticing new features on a Blackberry. We’ve mentioned the cosmetic user interface update and the brand new WebKit web browser. The Torch’s web browser is based on the same platform as the iPhone and Android browsers, which brings with it features like tabbed browsing, improved rendering speed and HTML 5 support.

OS 6 features include Universal Search across email, messages, contacts, music and videos and extends search to the internet or to discovering applications on BlackBerry App World. Social features are integrated into a unified dashboard that feature all your RSS, Twitter, Facebook, MySpace, Blackberry Messenger feeds and more. It also includes dedicated YouTube and Podcast applications.

The multimedia experience has been improved with a new feature called Wi-Fi Music Sync that reportedly allows users to view their entire iTunes or Windows Media Player music libraries from their BlackBerry smartphone, create and edit playlists as well as select music for download. When in range of their home Wi-Fi network (or via USB), the changes are synced with iTunes or Windows Media Player and the songs are automatically downloaded to the smartphone.

Despite claims by AT&T’s CEO Ralph de la Vega that the Torch is “the best Blackberry to date”, the phone seems to still be lacking on paper, when compared to other multimedia-centric consumer smartphones. Compared to its competitors running 1 GHz processors the Torch’s smaller 624 MHz processor contributes to reported user interface lag. Also, in an age of 960 x 640 pixel resolutions, and vast app stores on competing platforms, the Torch seems more likely to attract die-hard Blackberry fans or upgrading enterprise customers that want multimedia features. My prediction is that multimedia junkies will most likely look elsewhere… for now. 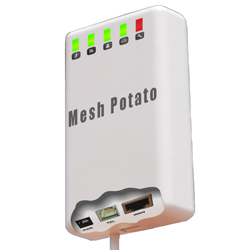