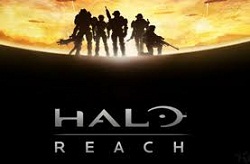 After more than a decade as the architects and masterminds behind the acclaimed Halo franchise, design house Bungie recently released what has arguably been the most anticipated Xbox title of 2010.

Generating more than US$200 million in the United States and Europe during its first 24 hours of release, Halo Reach is the culmination of all the best elements of the entire series all rolled up into one complete package. It has been a fitting end to a fantastic journey for Bungie as the future of the franchise will be placed in the hands of Microsoft while they move on to something new.

In the Halo Reach campaign mode you don the armour of Number Six, the newest member of an elite group of Spartan soldiers known as noble team who are based on Planet Reach, which incidentally, was the military training grounds from which the trilogy’s hero, Master Chief, originated.

The game kicks off as Planet Reach faces the first waves of invasion from the Covenant forces. It is up to you and the rest of Noble team to thwart their advances and discover why they are going through all this trouble in the first place.

The action stays with Noble Six throughout the campaign mode, you have plenty of time to get to know the other members of Noble team as you pair off with each of them respectively to embark on various missions.

The characters are surprisingly rich (for a Halo game) and the plot is the simplest it’s been since the first installment of the franchise. Some may argue that it might be a little too simple but I feel this is a welcome change to the overly sumptuous and elaborate lore that makes up the Halo universe.

The tried and tested Halo formula of hard-hitting action taking place over immense landscapes draped in breathtaking backdrops still remains the core of the Reach experience.

At the same time however, the game-play manages to stay fresh by dropping in the occasional awe-inspiring set piece. A powerful new engine driving the game is responsible for providing some of the most vivid and vibrant visuals ever to be seen in a Halo title.

But let’s be honest; we don’t play Halo for the pretty views. So let’s move on to the weapons. While most of the guns you encounter are those you have come to know and love throughout the series, there are a couple of new additions giving you some new options when deciding how you like to fight off your alien hordes. Though, you might be disappointed to find that you are unable to dual-wield the smaller weapons as you could since Halo 2.

On the plus side, the smaller weapons pack a larger punch than in the previous instalments rendering this ability more or less obsolete. One thing that is quite annoying is how often you find yourself running around with an empty clip having to resort to melee attacking creatures more than twice your size.

Throughout the Halo Reach campaign you get the distinct impression that Bungie is pulling out all the stops for this final foray into the world that has captured the imagination of so many people.

However, I feel that Reach’s real strength lies in the multitude of its online multiplayer modes, the full impact of which will only be fully realised after the 11th of November when Xbox LIVE is released in South Africa. Watch this space…