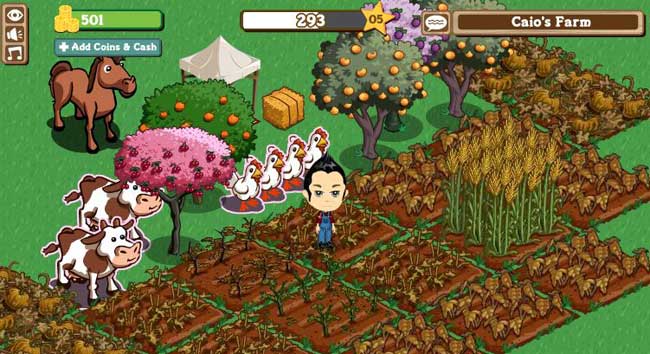 Here’s an interesting fact for you: 53% of all Facebook users play social games like FarmVille and Mafia Wars. Is that a surprise to you? Probably not. If you aren’t already chipping away at your workplace productivity trying to grow beets and raise sheep, then it’s a pretty fair bet you know someone who is. Social gaming is a global phenomenon.

There are in the region of 550-million people on Facebook, so even if we round it off to a clean 50%, that is at least 270-million people dedicating hours of their time to social gaming. That is a huge number.

As a self-confessed gamer, this is very important information, because it proves two things. Firstly, that games have gone mainstream and secondly, that we as gamers aren’t all anti-social, overweight geeks with neckbeards and no sex life. Unless, of course, that also describes 50% of Facebook users. Which I pray to god it doesn’t.

The point is that it’s a good thing, right? Well, not if you ask people that identify themselves as gamers. People like me for instance. As far as we are concerned FarmVille and its ilk barely qualify as games. It is boring as all hell, takes a lot of effort for very little reward and it’s annoying because it is essentially a game about spamming your friends.

Thousands of words have been written about why these games are the very bottom of the barrel.

But perhaps we’ve been looking at this wrong. Gamers have complained for years about how our favourite medium has consistently been sidelined, relegated to the status of a children’s toy and scorned when it dares to tackle mature themes and content.

What if FarmVille is actually the key that will unlock that panacea of acceptance that we’ve always wanted?

Because what happens when those players start to get bored with the repetitive nature of those games and start to crave something deeper? Something more engaging.

They graduate to the real thing, that’s what. Most of these social games aren’t incredibly original and have already been done before in some way or another; and to a much higher standard. Having FarmVille act as a transitory game for the likes of Harvest Moon or Animal Crossing is something I’m sure most gamers can envision. And I’m willing to bet that for every Facebook game out there, there is already an existing title that is doing it better.

There is however an even better reason why social games will be beneficial to us “hardcore”” gamers. Games like FarmVille are not unlike the simplistic games that we used to play when we first started. And that simplicity and casual acceptance has lead to a very unusual circumstance.

We’re looking at a second chance at recreating a medium.

When gaming first became popular, with the release of the Atari 2600 in 1977, all games at that point were monochromatic approximations of some or other activity, for example soccer or tennis. As the technology improved, so did the games’ complexity and also the ambitions of the developers. With these social games, we are actually repeating history.

The key difference, however, is that this time around, we already have years of experience available to us and we aren’t crippled by technological limitations.

This advancement in quality is inevitable. While the first generation of Facebook games, like Mafia Wars, were little more than one static screen with a bunch of buttons, the newest generation of games feature fully animated cutscenes. This improvement in visual complexity will eventually translate into deeper gameplay.

And consider this…Electronic Arts (EA) is one of the largest videogame developers in the world. These are the guys who are responsible for the FIFA soccer games you see every year. Recently EA purchase social game developer, Playfish. Why? So that Playfish can begin creating Facebook versions of its most popular franchises. Which means we now have a major player (no pun intended) getting involved in this scene, and as sure as night is followed by day it will start to put all of its vast knowledge into this new environment.

Facebook is introducing millions to the world of gaming. And it’s through this social network that the label of gamer will cease to mean anything anymore. Games will just be another medium. Like books or TV. Whether that’s a good thing or not is a topic for a different column.

I predict that within five years, the games we play on Facebook aren’t going to look all that different from the game we “real gamers” already play today.