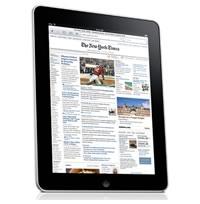 The iPad will officially go on sale in South Africa, from 9am today, you will be able to buy the iPad from premium Apple resellers, Dion Wired, Incredible Connection or any Apple store. Digicape should also be stocking the iPad. For more info on pricing and specs, check out core.co.za

This won’t be news to most hardcore geeks, many of whom secured iPads from overseas or from “grey” retailers shortly after it was launched last year.

The prices for the iPads are as follows:

This is really exciting news for SA, but also comes as a bit surprise because the iPad 2 is due to be announced to the world very soon. That said, I only predict we will see the physical iPad 2 around April, so it’s not the end of the world.

Also, I can’t see the iPad 2 being available in South Africa from the launch, so we will most probably have to wait. Apple have already sold close on 15-million iPads around the world since it was announced exactly a year ago.

Check out this infographic below on some stats of iPad sales around the world courtesy of OneSwipe.