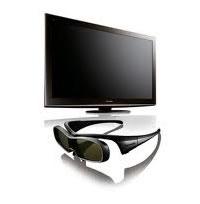 We’ve certainly entered the decade of the gadget in a big way. Tablet computing is going crazy. The iPad was easily the gadget story of the year. And there’s more to come.

As the new year begins, it is best not to be left behind in the race for ultimate gadget ownership. The time has come to put away those archaic phones and computers. Here is Memeburn’s list of must-have gadgets: 1. Apple iPad
The iPad has emerged as the undisputed king of tablets, and the iPad 2 will no doubt carry through its predecessor’s legacy. The numbers speak for themselves. Having sold more than 12-million units, Apple brought tablet computing to the masses. The closest anyone could come to matching Apple’s success, was Samsung with its Galaxy Tab, shifting roughly more than one-million units at last count.

2. Apple iPhone 4
No other smartphone in the world has generated as much hype, drama and pure gadget lust as the iPhone 4. In terms of sales, Samsung’s Galaxy S line did really well, Windows Phone 7 had its moments, and Google managed to stir the interest of the tech hordes with the Nexus One and Nexus S, but the iPhone 4’s unbelievable “retina” display makes it a must-have. 3. Parrot A.R. Drone
When Parrot showed off their flying drone system that can connect and be controlled by an iPhone at CES it was an instant smash hit. Penned as favourite by tech pundits such as Joshua Topolsky and Becky Worley the A.R. Drone is a hit with critics and consumers alike. 4. Microsoft Kinect
The Kinect is undoubtedly a gaming success story. Microsoft’s XBox motion controller add-on saw sales in excess of 2.5-million units sold in its first month and is one of the coolest pieces of technology we’ve seen in a long time. A new version with more sensors is already rumoured to be in the works. 5. Apple MacBook Air
If you’re in the Windows camp, you probably agree that the HP Envy 14 is a gorgeous piece of engineering. If you like progressive technologies, you might have had a keen interest in the dual touch screen configurations of the Acer Iconia or Toshiba Libretto. In the end however, Apple’s 11-inch MacBook Air, stole our hearts with its impossibly thin and compact, netbook-esque form factor and flash storage based design. 6. Roku Box
Apple’s $99 streaming only Apple TV has been well received, but didn’t stack up against the Roku HD-XR which for the same price, offered higher quality video and more content. Google had lofty goals for Google TV, but heavy-weight online content providers quickly blocked access to its services. Boxee appeared in hardware form, but critics agree that it isn’t quite ready for the mainstream consumer market just yet. Our pick for Internet TV solution is therefore the Roku HD-XR. 7. Panasonic TX-P65VT20B 3DTV
3DTV hasn’t enjoyed much mass adoption, but we see some spectacular offerings, nonetheless. While we wait for autostereoscopic technologies to be perfected, Panasonic’s TX-P65VT20B 65-inch stereoscopic monster, gets our blessing as best 3D TV. 8. Sony NEX 5
Micro Four Thirds were the hot trend in 2010. As many await Panasonic’s DMC-GF1 followup, the soon to be released GF2, our pick for as the hot young thing is the Sony’s NEX 5. Striking the middle ground between point-and-shoot and bulky SLR, the big sensor, interchangeable lenses and tiny body of the mirrorless NEX 5, provides great picture quality and 1080i video in one of the smallest form factors of all Micro Four Thirds in the world. 9. Apple iPod Nano
Although the iPod Touch remains one of the most compelling devices for those that crave iPhone 4 features at a lower price, the new touch screen iPod Nano is our pick for music player. We’ve had a lot fun watching the world scrambling to push out wristbands for using the compact Nano as a wrist watch. 10. Nook Color
With new models and a drop in price, Amazon’s Kindle continues to dominate the E-Reader market. While we still await colour E-Ink, the Nook Color offers colour reading by means of an IPS touch screen. It’s pricier than the Kindle, and the type of screen means that its hard to read in direct sunlight, but it does colour, and because it runs Android 2.2, it moonlights as a small Android tablet. It’s also half the price of an iPad. The Nook Color, is our pick for best new E-Reader.