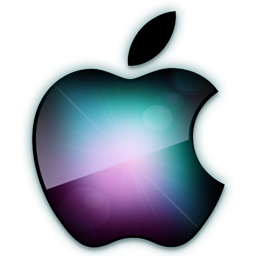 Admission to the cult of Mac doesn’t come cheap, and if you’re a South African Apple product owner, you’ve paid more for that right than anyone in any other country in the world, with the exception of Brazil. I was surprised to read the analysis of a recent IDC report noting some bonkers growth figures for Apple in the last fiscal quarter.

Growth was largely in the government market segment at 549.5%, and very large business, at 108.6%, but even consumer sales grew 17.1% despite the overall market receding 0.6%. Considering that PCs have saturated most of the market segments, it’s understandable that Apple will continue to grow, but the rate at which the company is gaining market share is astonishing. Oddly, the only sector in which Apple did not manage to grow was education, which historically has been one of its strong markets.

Little is known about the countries the research was conducted in, and this made me think about our situation here at the southern tip of Africa. Here where Apple does not have an official presence and we depend on the much maligned Core Group for imports.

I wonder, are we seeing the same type of growth in South Africa?

The company that I work for employs thousands of employees, with Dell being the sole computer supplier. I’ve yet to see a Mac on a colleagues desk. As for government? Well every time I’ve been to the traffic department, or the department of home affairs, there has either been modest PC or terminal setups or a complete absence of computer equipment. I know our president rocks an iPad, so the upper echelons of government might contain a Apple fanboys, but I suspect that in our emerging economy, Macs are a luxury reserved for a privileged few.

Only a few of my friends – myself included – own Macs, but the majority don’t and there’s always some form of Apple bashing going on among our group of geeks. Why? It’s usually about the price of the products. It’s a sore subject, and most of the time, it’s apropos and impossible to argue.

Just how much more than the rest of the world do we pay for Apple products? Some time ago a Gizmodo article illustrated that for a MacBook Pro 13” 2.26Ghz model, South Africans pay $1 760.79 compared to US consumers who pay only $1 199.00 for the same product. Things were only worse for Brazilians, who had to cough up a ridiculous $2068.39 for the same model.

What’s even crazier, is that Apple has an official presence in Brazil, whereas we rely on the Core Group. As much flack as Core gets, it could certainly be worse.

It inspired me to look at all the major Apple products and estimate how much more than the US chapter we pay for the same items. I discovered that, on average, we pay about 28% more, but there are some items we pay a bit closer to the American price, which means the product offers better value for money. Some products go as a high as a 40% increase, indicating bad value for money; ones to steer clear of if possible.

It’s not always feasible to shell out for the more expensive version despite it offering better value, but if you have the cash, and you were wondering about getting the most bang for your buck, here are some interesting findings. (By the way, I used a rounded exchange rate of R7 to the dollar.)

Below are the full results of the study. Note that the iPhone 4 is not sold as a prepaid option in the US, so a direct comparison was not possible. Instead, I highlighted some contract options, and I’m sorry to say that the iLife still looks rosier across the pond.

UPDATE: There’s been a debate in the comments on whether or not I was correct to exclude sales tax on the US prices. Sales tax in the US differ by state, and in some states such as such as Oregon, Delaware, Alaska, Montana and New Hampshire, there are no sales taxes. The article explored what the cheapest, baseline price was for the product, versus what we are subjected to over here in South Africa. The purpose being to establish whether or not South Africa is included in Apple’s sales boom in the government and business market segments.

Seeing as we are forcefully subjected to 14% VAT on top of what the Core Group asks, I feel it is less likely that we are. The article is not an attack on Core’s practices – which coincidentally has dropped substantially since the Gizmodo article -, nor is it a tirade against pricing in South Africa. Simply put, as a business in Oregon, the cheapest you can get an iPad for is $629, and you might therefore find that Apple products are more feasible for business, overseas, than over here. If you would like to compare US prices against South African prices (which include 14% VAT), you might like to add an average of 9.64%, up from its previous record at 8.63 in 2009. The outcome of the study and the advice on which products offer best value for money remain the same.