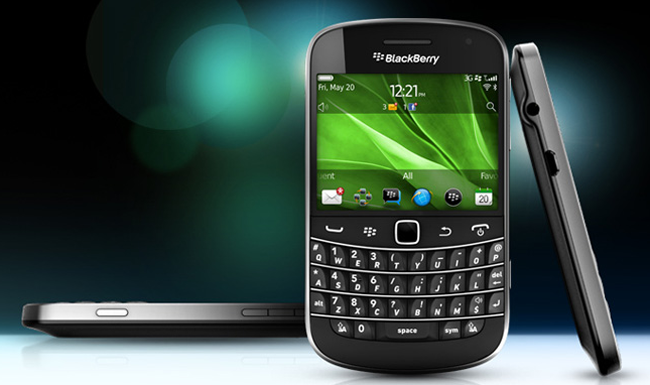 Research In Motion (RIM) has unveiled a pair of slim, powerful new handsets as its latest entry in the fiercely competitive smartphone arena.

BlackBerry Bold 9900 and 9930 models are set to hit the market mid-year and will run on a new generation of the Canada-based firm’s smartphone operating system.

“The new BlackBerry Bold smartphones and BlackBerry 7 OS are inspired by millions of customers around the world who want the ultimate combination of performance, functionality and style,” said RIM president Mike Lazaridis.

The handsets have vivid touchscreens along with the keyboards considered a hallmark of BlackBerry smartphones.

“We are excited to be enabling our customers to share important moments and events with family and friends via video calls,” said RIM vice president of social networking Tom Goguen.

“Video chat call is the next best thing to being there.”

RIM also released a new Facebook application for PlayBook to optimize using the social networking service on the tablet. More than 30-million people access Facebook through BlackBerry phones, according to Goguen.

In a possible sign of RIM accepting the inevitable, the firm announced a “solution” crafted to let businesses networks securely manage letting workers use a combination of BlackBerry, iPhone, and Android-powered gadgets. — AFP