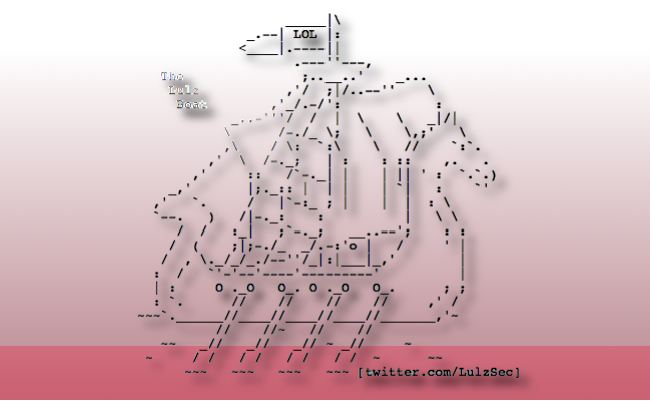 It appears that the Sony’s numerous hacker problems are far from over. According to @LulzSec, the Twitter feed of the Lulz Boat (just go with it, haxxors do this kind of thing), Sony’s servers are being hacked as we speak, with the hackers having announced the ongoing attack via their Twitter feed yesterday. The Tweet reads: “Hey @Sony, you know we’re making off with a bunch of your internal stuff right now and you haven’t even noticed? Slow and steady, guys.”

They are making it very clear that they are attacking Sony’s music properties, rather than the Playstation Network which has come under sustained attack.

The repurcussions of the claimed attack are not yet known.

The group threatened the attack in an earlier tweet claiming, “This is the beginning of the end for Sony”. Since then, the group has been goading Sony and its fan base further via Twitter, tweeting, “Keep on crying, Sony fanboys. Your tears create the sea and your whining creates the wind that we so gracefully use to traverse onward.”

The same group claimed responsibility for leaking Sony Japan’s back-end database, and for the attack on the American non-profit public broadcasting television service, PBS, posting a report that stated that deceased rapper Tupac Shakur was “alive and well” living in New Zealand, along with his rap rival, The Notorious BIG.

The group, which has sympathies that lie with anonymous and similar anarcho-hacktivists, has not made it clear why it’s targeting Sony, apart from a general desire to rub the media and electronics giant’s nose in it for laughs (and a vague sense of social commentary/battling the corporate machine).