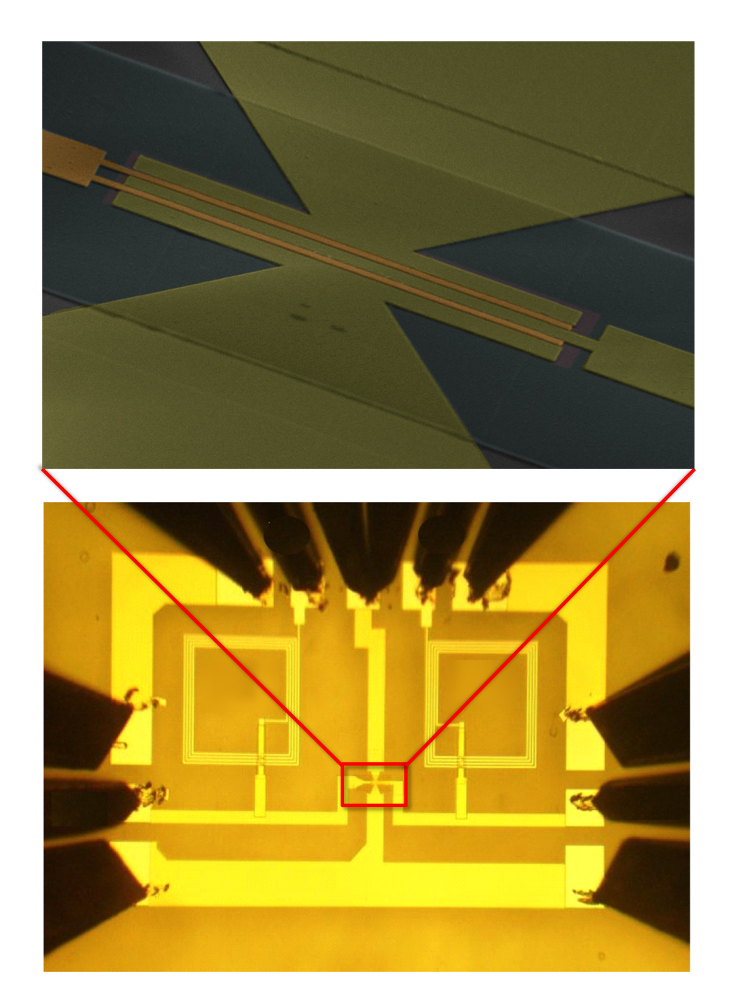 A research team from IBM has managed to produce an integrated circuit on a sheet of graphene, a sheet of carbon a single molecule thick. Until now scientists have managed to fabricate discrete components such as transistors, but have struggled to find a technique that allows them to be integrated and fabricated as a wafer.

Graphene, like its cousin, carbon nanotubes, exhibits fascinating electrical, optical, mechanical and thermal qualities – but finding ways to use them in commercial technology is elusive. The paper by the IBM team, published in Science (subscription) describes a broadband frequency mixer operating at up to 10GHz.

The application of the technology is wide – cheaper, lower-cost wireless devices, from mobile phones to wireless networks, operating at ever higher frequencies, as well as advanced scanners for military and medical use. Frequency mixers are a vital building block in modern technologies, allowing lower frequency data signals to be modulated onto a high-frequency carrier.

Graphene is attractive in this kind of application, as it is increadibly thermally stable. It has less application in computing devices, as it does not make a good switch (discrete on and off states). There has been considerable progress over the last decade in the understanding of this material, with high-performance graphene-based devices being demonstrated. The challenge to commercialise it lies in integrating graphene transistors with other components on a single chip. This has not been realized until now, mostly due to poor adhesion of graphene with metals and oxides and the lack of reliable fabrication schemes to yield reproducible devices and circuits.

According to the IBM report, the new integrated circuit created by the team consists of a graphene transistor and a pair of inductors compactly integrated on a silicon carbide (SiC) wafer. The researchers developed wafer-scale fabrication procedures that maintain the quality of graphene and, at the same time, allow for its integration to other components in a complex circuitry. The paper is available at EETimes.

“This research breakthrough has the potential to increase the performance of communication devices that enable people to interact with greater efficiency,” said IBM Research science and technology vice president T.C. Chen.

“Just a few days before IBM commemorates its 100th anniversary, our scientists have achieved a nanotechnology milestone which continues the company’s century-long pursuit of innovation.”

The graphene circuit works as a type of broadband frequency mixer that could improve performance and lower cost of smartphones and other devices with wireless connections, according to IBM.

IBM said governments and big companies were eager to develop the technology but it was not clear when it might be made commercial.

– with reporting from AFP